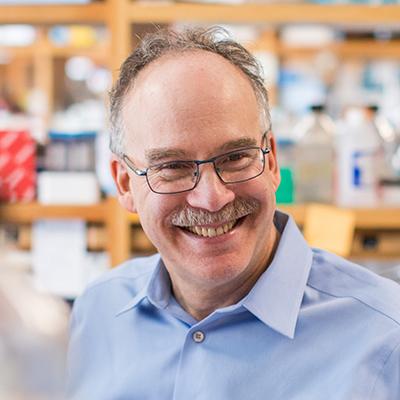 Dr. Haber is a professor of medicine at Harvard Medical School and director of the Cancer Center at Massachusetts General Hospital.

Daniel Haber's laboratory aims to identify molecular genetic abnormalities in human cancers that may guide the rational application of novel targeted therapies. They are studying diagnostic approaches that analyze circulating tumor cells in patients with cancer. These cells hold the key to understanding the blood-borne dissemination of cancer and to devising strategies to treat and ultimately prevent the metastastic spread of cancer.

My laboratory has a long-standing interest in the genetics of human cancer, including genes implicated in the pediatric kidney cancer Wilms tumor, genetic susceptibility to breast cancer, and somatic mutations associated with sensitivity to targeted cancer therapies in lung cancer. Our current major research goal is to identify genetic lesions underlying cancer drug susceptibility and establish diagnostic tools to allow their effective application in the clinic.

Mutational Activation of Epidermal Growth Factor Receptor in Lung Cancer
Our focus on targeted cancer therapies began in 2004, with our discovery that activating mutations in the epidermal growth factor receptor (EGFR) underlie the dramatic response of non-small-cell lung cancers (NSCLCs) to selective EGFR inhibitors (gefitinib, erlotinib). The identification of genetically defined drug-susceptible subsets of lung cancer ultimately led to the establishment of a new standard of care for treatment of 10 percent of all NSCLCs (representing 50 percent of NSCLCs arising in nonsmokers), which recommends EGFR inhibitors as first-line therapy in appropriately genotyped cases. More broadly, it has emphasized the need to match therapy with genotype in common epithelial cancers. Key challenges to cancer targeted therapies remain the identification of additional drug targets, the development of strategies to overcome the inevitable acquisition of drug resistance, and the need for real-time diagnostics to monitor evolving tumor genotypes during the course of targeted therapies.

Isolation of Circulating Tumor Cells
To address some of these challenges, my lab initiated a major collaboration with the bioengineering team led by my Massachusetts General Hospital colleague Mehmet Toner. Together, we aimed to develop, test, and apply novel strategies to isolate and characterize circulating tumor cells (CTCs) in the bloodstream of patients with cancer. CTCs are extraordinarily rare (estimated at one CTC per billion normal hematopoietic cells). They are shed from both primary and metastatic lesions, including cells that may be passively sloughed into the compromised tumor vasculature, as well as actively migrating metastatic precursors responsible for the blood-borne spread of cancer (typically to lung, brain, bone, and liver). We used successive generations of microfluidic devices (CTC chips) optimized for isolation of rare and delicate cells from a complex cellular mixture to greatly increase our efficiency in CTC capture. This has enabled us to conduct molecular analyses of these cells isolated from patients with cancers of the lung, prostate, and breast and with other malignancies.

Enumeration of CTCs and CTC Clusters
The capture of sufficient numbers of CTCs made it possible to monitor the response of patients to therapeutic interventions. Indeed, we found that the initiation of effective therapy (e.g., chemotherapy in responsive tumors, EGFR inhibitors in susceptible lung cancers, androgen withdrawal in metastatic prostate cancer) is correlated with profound drops in CTC numbers. Our CTC chip technology also revealed the presence of clusters of CTCs in addition to single cells. These tumor cell clusters (ranging from 2 to 12 tumor cells) raise the possibility that clumps of tumor cells break off from tumor deposits and disseminate in the circulation, a metastatic mechanism that may differ from the predominant model of single cancer cells undergoing epithelial-to-mesenchymal transition (EMT), acquiring migratory properties, and entering the vasculature. In recent studies, we found that these CTC clusters appear to be far more potent in initiating metastatic lesions than single cancer cells circulating in the bloodstream.

Monitoring Tumor Genotypes Through CTC Analysis
A remarkable consequence of targeted cancer therapies is the molecular evolution of the tumor as it initially shrinks dramatically and then acquires resistance to these agents. CTCs provide a noninvasive approach to serially monitoring such tumor genotypes, potentially providing early information about the emergence of resistant clones and enabling the appropriate selection of second-line therapies. In a proof-of-concept study, we demonstrated that EGFR genotypes were highly concordant between baseline tumor biopsy and CTC-derived genotypes. Furthermore, during continued therapy, we demonstrated the emergence of a common resistance mutation, first as a rare allele among tumor cells and ultimately in an equal ratio with the original drug-sensitizing mutation. We are developing next-generation sequencing-based genotyping to help direct therapy in cases with acquired resistance to targeted agents.

In a similar approach, we have analyzed molecular markers in CTCs from patients with metastatic prostate cancer, a disease in which the localization of metastatic lesions to bone makes it particularly challenging to monitor tumor status noninvasively. To help guide the application of new-generation targeted agents that suppress the androgen axis in hormone-refractory prostate cancer, we developed markers of androgen receptor signaling in CTCs, demonstrating differential drug-induced changes in androgen signaling in individual CTCs from patients with responsive or resistant disease, an approach that will ultimately prove critical in selecting second-line therapies in advanced prostate cancer.

The ultimate goal of precision cancer therapy would be greatly enhanced by the ability to noninvasively isolate patient-derived tumor cells repeatedly throughout the course of treatment, correlating their acquisition of novel mutations and susceptibility to genetically-targeted drugs. We recently succeeded in establishing ex vivo cultures of CTCs from the blood of women with advanced breast cancer, demonstrating their tumorigenic potential, performing detailed genotype analyses and testing them for drug sensitivity profiles. We found that some somatic mutations that were acquired de novo, as patients became refractory to treatment regimens were correlated with the development of sensitivity to other agents, thus raising the possibility of novel therapeutic options. Ongoing efforts are dedicated to optimizing conditions for CTC culture.

Signaling Pathways Enriched in Single CTCs
To identify transcripts that are differentially expressed in CTCs, we have used both mouse models and clinical specimens to isolate individual cancer cells from the blood and subject these to single-cell RNA sequencing. Together, these studies have pointed to unique expression profiles by cancer cells in circulation, differing from the majority of primary tumor cells. In pancreatic cancer, we found that CTCs express certain extracellular matrix (ECM) proteins, that are normally expressed by stromal cells but not by most cancer cells in the primary tumor. Aberrant expression of ECM proteins by CTCs is correlated with their increased cell survival and invasiveness. In advanced prostate cancer, we found that individual CTCs within individual patients are highly heterogeneous in their expression of androgen receptor variants, and that many show aberrant activation of non-canonical Wnt pathways as a mechanism of acquired resistance to novel anti-androgen treatments. In breast cancer, we identified the inter-cellular junction protein plakoglobin as being critical to the tethering of cancer cells within CTC-clusters in the circulation and in their metastatic propensity. Thus expression profile analysis in single CTCs identify unexpected cellular pathways that may modulate the survival of epithelial cells in the circulation and their metastatic potential, and that may be susceptible to drug treatment. Ongoing studies are aimed at identifying additional CTC-enriched transcripts in both mouse and human models, which may reveal potential therapeutic targets.