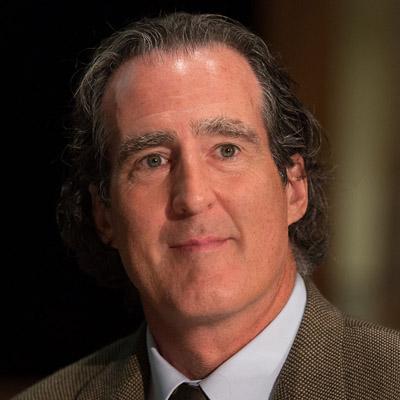 Dr. Mello is codirector of the RNA Therapeutics Institute and a professor in the Program in Molecular Medicine at the University of Massachusetts Medical School.

In much the same way that we use short search queries to navigate the World Wide Web, cells use short segments of genetic code to find and regulate matching information. The proteins that mediate these searches are highly conserved in plants and animals and are essential for viability and fertility. Craig Mello is investigating how these search mechanisms work and how organisms use them to regulate, share, and propagate genetic information.

Cells have been living in the "information age" for billions of years and have highly sophisticated ways of handling information. At any given moment cells express thousands of genes, which produce RNA and protein products that carry out all the many functions required for life. For genes that encode proteins, gene expression copies the genetic information into long messenger RNA (mRNA) molecules. Cellular machines called ribosomes then slide along the mRNA, reading the information and assembling the specified protein from chemical building blocks called amino acids. Each of the 20 different amino acids is specified by three-letter words of genetic code (called codons) that make up the mRNA nucleotide sequence. Ribosomes translate mRNAs at an amazing rate of up to 20 codons per second, and can do so over and over again, producing hundreds of copies of the corresponding protein. This rapid flow of information in the cell poses a problem when cells need to change the genes they are expressing, for example, during development or in response to changing environments. In addition, when cells get infected with viruses or other self-replicating genetic elements, they must block expression of the infectious information without blocking expression of essential cellular genes.

To find and regulate mRNAs, cells have evolved search engines that are guided by short segments of genetic code, composed of 20–30 nucleotides of RNA. Queries of this length are sufficiently long to allow highly specific recognition of nearly any gene. Argonaute (AGO) proteins, which are found in plants, animals, fungi, and some bacteria, are the key mediators of this search mechanism. AGOs facilitate a highly specific form of chemical recognition called base-pairing, allowing information in the guide RNA to rapidly interrogate the genetic information in each mRNA that it contacts. This search process occurs at a rate of millions of collisions per second in the cell. When a sufficient number of nucleotides in a guide RNA pair with matching nucleotides in the target mRNA, the AGO can either destroy the mRNA or recruit other factors that regulate mRNA expression. In addition, some AGOs can enter the nucleus to find the corresponding DNA, controlling expression at the level of mRNA transcription.

Just as advertisers (and government agencies) can learn a lot about you by reading your search queries, scientists have been learning about cells by reading cellular search queries. Query RNAs are produced in many different ways in cells. Cellular genes that produce small RNAs, called microRNAs (miRNAs) and PIWI RNAs (piRNAs), are major sources of query RNAs. In addition, cells produce query RNAs called short-interfering RNAs (siRNAs) by chopping up viral RNA. Importantly, researchers have learned how to produce synthetic queries that mimic miRNAs and siRNAs, an approach that has proven to be of great use in the laboratory for probing the function of genes. Synthetic queries are also showing promise, both in the clinic as a therapy for a variety of conditions, and in agricultural applications to generate new traits and to control pests.

Interestingly, germline cells, the special cells often called pluripotent because they give rise to all cell types in future generations, have highly active AGO search mechanisms. Furthermore, mutations that disrupt germline AGO pathways cause infertility. For example, males produce millions of piRNAs in their testes and mutations in PIWI AGOs are linked to infertility in diverse organisms, including humans. However, the function of most piRNAs is not known.

My lab has been using the nematode worm Caenorhabditis elegans as a model organism in which to study the role of PIWI AGO and other AGO pathways. Recently we have shown that worm PIWI AGOs use their piRNA cofactors to constantly scan the germline for foreign mRNA sequences. There are tens of thousands of distinct piRNA species expressed in the germline, and PIWI AGOs can target while allowing a few mismatches between the piRNA guide and the mRNA target sequence. Thus, given their large numbers and sequence diversity, dozens of piRNAs will recognize and base-pair partially to any foreign mRNA sequences expressed in the germline. Once a foreign mRNA is identified, the PIWI AGO recruits an RNA-dependent RNA polymerase (RdRP) to initiate the amplification of "memory" small RNAs that precisely match the foreign sequences. These memory small RNAs are loaded onto silencing AGOs that not only silence the foreign mRNA but are also transmitted to progeny in both the egg and the sperm, allowing progeny to maintain silencing. This mode of inheritance is not mediated by the DNA but by direct transmission of AGO/small-RNA complexes. Thus animals with exactly the same DNA content can transmit different patterns of gene expression to their offspring. Inheritance of this type is called epigenetic, to distinguish it from DNA-based (or genetic) inheritance.

Movie 1: Localization of PIE-1::GFP, a germline determinant in C. elegans. PIE-1 protein tagged with jellyfish green fluorescent protein (GFP) is shown during the first few divisions of the fertilized egg. PIE-1 localizes in the nucleus and to cytoplasmic foci called P granules in germline cells. The P granules are also sites of AGO protein localization. The Mello lab is exploring how PIE-1 and AGO pathways cooperate to maintain fertility and pluripotency of the germline.

The PIE-1::GFP construct was made by Tae Ho Shin (Baylor College of Medicine). The movie was recorded by Ka Ming Pang, using a Leica confocal microscope, in collaboration with William Theurkauf (University of Massachusetts Medical School, Worcester).

Remarkably, the way foreign mRNAs are recognized in the C. elegans germline is by comparing all newly expressed mRNAs to a memory of all previously expressed self-mRNAs. The self-memory is maintained by an RdRP that uses self-mRNAs as templates to produce small RNAs that engage a special self-memory Argonaute named CSR-1. Like the silencing AGOs that transmit memories of foreign RNA, CSR-1 is loaded into both the egg and the sperm, but rather than silencing its targets, CSR-1 somehow protects them from piRNA recognition in the next generation. Thus PIWI Argonautes are constantly scanning all mRNAs for those that are not protected by CSR-1. This three-AGO system allows worms to produce new memories of foreign sequences and also to maintain and to propagate epigenetic memories of all previously active and silent genes.

There are many fundamental questions that remain to be answered. Do PIWI RNAs program similar epigenetic memories in humans? What is the impact of this type of inheritance on evolution, and could these mechanisms be important in maintaining the immortality and pluripotency of germline cells? Do similar systems function to maintain memories of gene expression in other tissues, and if so, could these programs be important in human disease and in aging? We are continuing our efforts to understand the basic mechanisms that underlie small-RNA-directed search pathways and the logic for how these pathways work to regulate and transmit information.

Movie 2: NEG-1::GFP localization during early embryogenesis. The movie shows NEG-1::GFP expression in a pair of C. elegans embryos (center) dividing from the two-cell until the eight-cell stage. The neg-1 mRNA is deposited in the egg; its expression is controlled by RNA-binding factors that associate with its 3'-untranslated region. The Mello lab is investigating how these factors ensure that NEG-1 protein accumulates to high levels in descendants of the anterior two-cell-stage blastomere (left in both embryos) and at lower levels in descendants of the posterior cell. This regulation is critical to promote the proper specification of cell fates produced during later embryogenesis.

This work was supported in part by a Pew Scholarship and by grants from the National Institutes of Health, the American Cancer Society, and the March of Dimes Birth Defects Foundation.