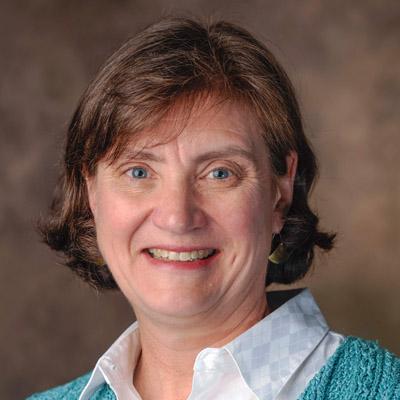 Dr. Seidman is a professor of genetics and medicine at Harvard Medical School and director of the Cardiovascular Genetics Center at Brigham and Women's Hospital, Boston.

Christine Seidman’s research aims to define the genetic mechanisms for human heart disease and to use these insights to improve diagnostic precision and effective therapies. To achieve these goals the lab analyzes the physiologic, biochemical, and molecular signals evoked by human mutations in patients, mouse models, and iPS cell-derived cardiomyocytes.

Heart disease is a leading cause of morbidity and early death in babies, teenagers, and adults. Many types of heart diseases arise from genetic mutations that are inherited as a familial trait or occur as a sporadic event. Our studies of families and individual patients with congenital heart disease, hypertrophic or dilated cardiomyopathy, and heart failure have identified gene mutations that cause these disorders. By modeling these mutations in model systems, we have defined molecules and pathways that are critical for heart development and lifelong physiological functions. These insights have also yielded novel therapeutic opportunities to prevent or treat these disorders.

Congenital Heart Disease  and Cardiac Development
Each year more than 1.3 million babies are born with a heart malformation, accounting for a third of all major developmental anomalies. Until recently, the causes of congenital heart disease (CHD) were largely unknown. Our early analyses of familial CHD, identified highly penetrant mutations in cardiac transcription factors, including NKX2-5, TBX5, and GATA4. When introduced into the mouse genome, these mutations recapitulated the human heart malformations, and provide evidence that haploinsufficiency, or a reduction of the gene and protein dosage by half, caused these defects. Transcriptional analyses of mutant mice also provided information about critical molecular pathways that were perturbed by mutations and caused the clinical electrophysiologic structural abnormalities in CHD patients.

Figure 1: Anatomy of tetralogy of Fallot (TOF). Normal heart structure allows unidirectional flow of deoxygenated blood (blue) into the lungs and oxygenated blood (red) into the aorta. In TOF, pulmonary stenosis, narrowing of the right ventricular outflow tract (RVOT) causes hypertrophy (RVH) and impedes the flow of deoxygenated blood into the lungs. Both the ventricular septal defect (VSD) and overriding aorta promote flow of deoxygenated blood into the systemic circulation. A color doppler echocardiogram from a TOF patient shows mixing of deoxygenated blood from the right ventricle (RV) and oxygenated blood from the left ventricle (LV) as blood enters the overriding aorta (Ao) in a patient with TOF. RA, right atrium; LA, left atrium. From Greenway, S.C. et al. 2009 Nature Genetics 41:931–935.
Figure 2: A model by which dominant sarcomere protein gene mutations cause HCM. Mutant and normal transcripts encode contractile proteins that are incorporated into the sarcomere. Enhanced biophysical properties of mutant proteins increase mechanical forces in myocytes, which are transmitted to nonmyocytes and activate Tgfβ expression. Tgfβ-dependent signals promote proliferation and secretion of profibrotic molecules, which increase myocyte stress and premature death. The expanded interstitium and foci of fibrotic scars perturb myocardial histology and contribute to hypertrophy. Potential therapeutic targets are indicated. Adapted from Teekakirikul, P. et al. 2012 Journal of Cell Biology 199:417–421.

Improved genomic technologies allowed expansion of these studies to include studies of patients with severe forms of CHD that require corrective interventions during the first year of life. As severe heart malformations are never familial, but occur as sporadically, we suspected that de novo or “new” mutations accounted for these. To test this model, we first studied children with tetralogy of Fallot (TOF; a complex malformation that results in cyanosis or “blue babies”) and their unaffected parents. Analyses of genome-wide single-nucleotide polymorphism (SNP) arrays revealed de novo copy number variants (CNVs) in ~10 percent of TOF patients, a result that we confirmed in subsequent analyses of many types of severe CHD.

Most recently, with colleagues in the National Heart, Lung, and Blood Institute Pediatric Cardiac Genomics Consortium, we studied the exome sequences in over 1,200 children with severe CHD and their unaffected parents to sequences from healthy control child-parent trios. We compared the expected and observed rates of de novo damaging mutations (including nonsense, frameshift, splice, and missense variants) across the genome.   Damaging de novo mutations in highly expressed heart genes were significantly enriched in CHD cases, particularly those with extra-cardiac findings such as neurodevelopmental deficits or another congenital anomaly. These mutated genes encode a class of molecules that are involved in activating (H3K4 methylation), inactivating (H3K27 methylation), or reading chromatin marks. Remarkably, these genes are also highly expressed in the developing brain and have also been identified to harbor mutations among patients with autism and neurocognitive disorders.

Collectively these analyses demonstrate that CHD arises from genetic disruption of developmental regulators of cardiac transcription. We are extending this model in two ways. To better define the transcriptional pathways that are essential for cardiogenesis, we are characterizing the developmental temporal and spatial transcriptomes at single cell resolution. To more fully define the genetic architecture of CHD, we performing whole genome sequence analyses to determine if other CHD mutations reside in cis-acting regulatory elements (enhancers and promoters) of cardiac genes.

These genetic insights also provide explanations for two enigmatic clinical observations about CHD. First, the increased prevalence of neurocognitive issues among children with severe CHD can now be attributed in part genetic mutations that alter critical pathways for both heart and central nervous system development. Second, the multiple levels of developmental regulation of gene transcription (epigenetic markers, transcription factor complexes, promoter/enhancer elements) may account for distinct CHD malformations that arise from an identical human mutation, through variable levels or activities of these molecules and sequences that may attenuate or accentuate the consequences of ah CHD mutation.

Dilated and Hypertrophic Cardiomyopathy
Dilated cardiomyopathy (DCM) weakens and enlarges the heart and promotes heart failure, a diagnosis that often necessitates cardiac transplantation to prevent early death. Studies from my lab and many others have previously identified mutations in over 40 DCM genes that encode molecules involved in wide array of cellular process. But until recently, gene-based diagnosis of most DCM patients failed to identified a pathogenic mutation. To address this shortfall, we examined titin, a DCM gene that was rarely analyzed due to its enormous size. Titin is the largest human protein, containing approximately 33,000 amino acids. Two titin molecules together span the length of the sarcomere (about 2 mm), which is the contractile unit in all muscle cells.

We harnessed next-generation sequencing to define TTN variants over 5000 individuals with a range of cardiac physiology including health, DCM, heart failure, and integrated these data with RNA and protein analyses of human heart tissues. Mutations that truncate full-length titin (TTNtv) were identified in ~2% of the general population, 15% of ambulatory DCM patients, and 20% of DCM patients with heart failure. Variable titin exon expression correlated with the pathogenicity of titin mutations. TTNtv within exons with low expression in heart were tolerated; these were most common in the general population. By contrast, TTNtv in highly expressed exons were substantially enriched in DCM and heart failure patients. As such, knowledge of exon usage in cardiac tissues improved discrimination between pathogenic and benign variants.

These functional genetic studies revealed that TTNtv attenuate the heart’s capacity to induce physiologic adaptations to stress. With limited ability to increase sarcomeres and produce force, hearts with TTNtv are prone to fail. We are currently harnessing these cellular models of heart disease to define molecules that augment signals to improve function.

Molecular analyses have also yielded unexpected insights into hypertrophic cardiomyopathy (HCM). HCM is characterized by increased ventricular wall thickness (hypertrophy) and poor cardiac relaxation, which increases risk for arrhythmias, stroke, and sudden death. HCM is caused by mutations in eight sarcomere protein genes. Previously we developed mice that carry human HCM mutations and showed that these increased sarcomere power, which activates signals to increase myocardial fibrosis. Our recent work has demonstrated two effective strategies to reduce mutation-induced sarcomere power. First, using allelic-specific RNAi, we selectively silenced the expression of mutant transcripts in HCM mice. With suppression of approximately 25% of mutant transcript levels, we prevented the development of HCM for over 5 months. A second strategy employed a small molecule to reduce sarcomere contractility (by decreasing the ATPase activity of cardiac myosin heavy chain). Early and chronic administration of this small molecule suppressed development of ventricular hypertrophy, cardiomyocyte disarray and fibrosis, and attenuated hypertrophic and pro-fibrotic gene expression in mice carrying human HCM mutations. These findings indicated that hyperdynamic sarcomere function is critical driver of HCM histopathology. In addition, these studies imply that allosteric modulators of sarcomere function may be valuable therapeutic approaches for both HCM and DCM.

Grants from the National Institutes of Health and Fondation Leducq provide partial support for these projects.