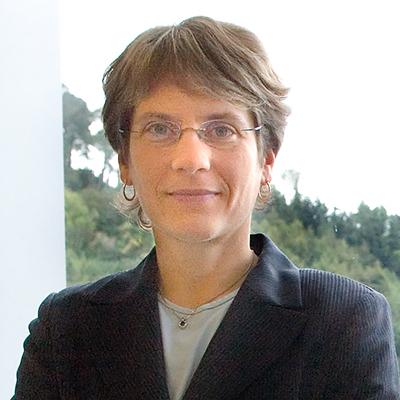 Carolyn Bertozzi holds the Anne T. and Robert M. Bass Professorship in the School of Humanities and Sciences at Stanford University and, by courtesy, is a professor of chemical & systems biology and radiology.

Although sugar often gets a bad rap in the popular press, some sugars actually play beneficial roles in the human body. For example, the sugar molecules that stud cell surfaces control how those cells interact with their surroundings. Cells add sugars to proteins or other molecules through a process called glycosylation. Changes in glycosylation occur during normal development, but these changes are also associated with cancer, inflammation, bacterial infection, and other illnesses. Carolyn Bertozzi’s lab team is developing chemical tools and strategies for probing glycosylation in biological systems, in hopes that these technologies will open new avenues for diagnosing and treating disease.

Some of the lab’s approaches fall in the realm of bioorthogonal chemistry – a field Bertozzi is credited with founding – which allows researchers to chemically modify molecules in living cells without interfering with native biochemical processes. In one technique developed by Bertozzi’s team, cells are “tricked” into using artificial sugars as carbohydrate building blocks. Once the artificial molecule gets incorporated into the cell’s usual collection of surface carbohydrates, the researchers use a nontoxic chemical reaction to attach small organic labels to it. Bertozzi and her colleagues have used this method to label and image carbohydrates in animal cells to see how sugar modifications change during aging and disease progression.

Certain types of sugar changes have also been identified as hallmarks of cancer, and the magnitude of glycosylation often correlates with a tumor’s aggressiveness. To better understand the functional significance of these changes, Bertozzi’s lab is engineering cancer-associated sugars on the surface of cellular membranes. With this approach the researchers have discovered that certain carbohydrates help tumor cells evade surveillance by innate immune cells.  Her group is also exploring possible cancer therapy approaches that override these carbohydrate immune evasion tactics.

Figure 1: Bioorthogonal chemical probes for in vivo imaging and glycoproteomics. Fluorogenic probes activated by strain-promoted azide-alkyne cycloaddition can be used to image metabolically labeled biomolecules in model organisms and pathogenic microbes such as Mycobacterium tuberculosis. Isotopically labeled probes can facilitate proteome-scale profiling of glycosylation sites and structures.
Figure 2: Glycocalyx engineering with mucin-mimetic glycopolymers. Many cancers are characterized by elevated levels of cell-surface mucin glycoproteins. We synthesize glycopolymers that emulate these structures and probe the physiological consequences of their chemical display on cell surfaces.