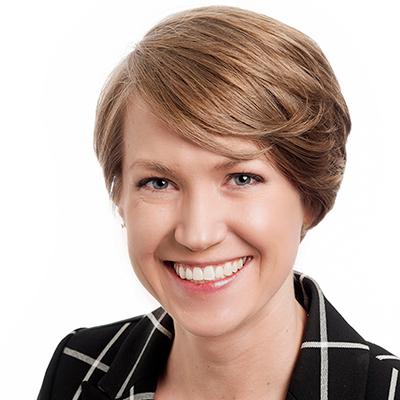 Dr. Hermundstad is a group leader at the Janelia Research Campus.

Every second, our brains are flooded by information. A constant stream of visual, chemical, and acoustic stimuli from the external world bombards our senses, and in turn, directs our behavior. Janelia Group Leader Ann Hermundstad is trying to figure out how we use this sensory information to understand, and react to, our environment. For example, what properties of each stimulus does the brain latch onto, and how does the brain “encode” – meaning, represent and interpret – that information?

Through neural theory, computation, and a touch of physics, Hermundstad and her research group develop theories about how the brain encodes cues from the outside world. Using electrical activity as a gauge, the brain distills complicated stimuli into internal signals carried by firing neurons and silent neurons. One possibility is that the brain uses a binary code to make sense of these “spikes and silences” by assigning an “either/or” value to each neuron: either it fires (1) or it doesn’t (0). The code “100001,” for example, would represent a population of neurons in which only the first and last cells have fired. The many possible “codewords” might form a rich neural “vocabulary” that the brain could use to represent complex stimuli.

Hermundstad and her team hope to decipher the various codes that the brain uses to convey particular types of information. For example, one style of code may be well-suited for communicating a visual stimulus, while another might be better suited for an olfactory stimulus. The team also explores the relationships between these neural codes and behavior in order to deduce the principles used to represent and respond to a broad spectrum of stimuli.