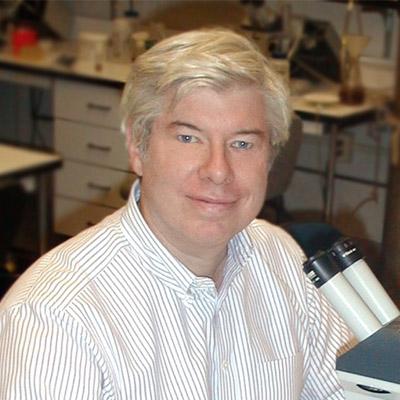 The Spradling lab probes the core metazoan biology surrounding two major processes: 1) oocytes and all aspects of their production; and 2) stem cells and other forms of adult tissue maintenance. We strive to discover new cellular and molecular processes involved in these events, and to deeply integrate mechanisms acting at the cellular and molecular levels because we observe that such insights are often rate-limiting in biological research now dominated by a finer-grained focus. Additionally, 3) we recognize that despite their current power, genetic model organisms require even better tools and resources, and strive to produce such materials as a service to the community.

Our research has convinced us that oogenesis and female reproduction are more highly conserved than is widely supposed. We have found striking similarities between mouse and Drosophila oogenesis at both the cellular and gene levels in oocyte specification, hormonal regulation, vitellogenesis, egg maturation, mitochondrial regulation, ovulation, sperm storage, and the roles of reproductive tract secretions. In particular, we recently showed that mouse oocytes acquire organelles by transfer from sister germ cells that act as nurse cells. We propose that small RNAs and chromatin regulators are transferred at this time that establish the oocyte's unique competence to develop into a new organism. Likewise, we found that glycogen accumulates and quiescence ensues during terminal stages of Drosophila oogenesis due to a shutoff of mitochondrial respiration signaled by GSK3 in response to reduced insulin pathway activity.

Movie: Mitochondria are delivered to the egg during nurse cell dumping. The junction region between a nurse cell and the oocyte in a living stage 11 Drosophila ovarian follicle is visualized by time-lapse confocal microscopy. Nurse cell dumping is under way, and green fluorescent protein (GFP)-labeled mitochondria move from the nurse cell into the oocyte.

We discovered a novel role for polyploidization in tissue maintenance and damage repair. While searching for quiescent repair stem cells we found that quiescent diploid abdominal epithelial cells in response to wounding re-enter the cell cycle and polyploidize to replace lost cell genomes. This response requires the hippo pathway effector Yorkie, suggesting a connection to organ size control; normally polyploidization continues until tissue regions have regained normal DNA levels. When, Yki is over-expressed, cells over-polyploidize in response to wounds. Diploid cells in the adult hindgut and in mammalian corneal endothelial cells respond in the same manner. We argue that wound-induced polyploidy is a widespread mechanism whose significance has been overlooked because the accumulation of polyploid cells with age and following damage in human tissues has been viewed as a pathological response.

Figure 1: A Drosophila ovarian follicle stained to reveal microtubules. Drosophila eggs develop within cysts of interconnected cells. Part of a Drosophila ovarian follicle is shown that has been stained to reveal the polarized microtubules (green) that are important for selecting one cell as the oocyte and for establishing its developmental blueprint. The microtubules can be seen to pass through the special cell junctions known as ring canals (red) that join the nurse cells and the oocyte (cell at top with four junctions). Research of the Spradling lab.
Figure 2: Electron micrographs of the germline stem cell niche. A and B: Electron micrographs of the germline stem cell niche at the tip of the Drosophila ovariole. Escort stem cells (yellow pseudocolor) cover most of the surface of the germline stem cells, and both cells contact the cap cells (red pseudocolor). See also Decotto, E., and Spradling, A.C. 2005 Developmental Cell 9:501–510.
Figure 3: An intestinal stem cell (ISC) and its daughter cells. An ISC lies at the bottom of three successively older daughter cells: an enteroblast (EB), a young differentiating enterocyte (green label), and a large, nearly mature enterocyte. The young enterocyte acquired the lineage label as an EB, but a subsequent division has caused it to move away from the stem cell. Benjamin Ohlstein and Allan Spradling
Figure 4: Mouse germline cyst and ring canals. A lineage-labeled germ cell cyst (red) within an E14.5 mouse ovary. Ring canals are stained for Tex14 (green). From: Lei, L. and Spradling , A.C. 2016 Science 352:95-9

We continued our role in the NIGMS-supported Drosophila Gene Disruption project (GDP), with co-PIs Hugo Bellen and Norbert Perrimon. GDP has completed “phase 2” at which point the project had deposited 13,000 stocks at the public Bloomington Drosophila Stock Center that provide access to ~2/3 of all genes. Most importantly, GDP developed a strategy to finish gene disruption, to expand our initial collection of in vivo GFP fusion lines, and to develop a novel platform for new types of genome manipulation. In 2008, we began a new strategy based on phiC31-mediated DNA swapping to enhance the utility to insertions. A Minos derivative known as MiMIC was optimized to both disrupt genes and to make productive GFP fusions when inserted in a coding intron. 7,500 lines bearing a single copy of this MiMIC element were generated, mapped and selected to provide an element within 20k of almost any point in the genome except satellite blocks. We developed a method to carry out swapping of a constant element, such as a GFP fusion cassette, into hundreds or thousands of MiMIC lines by simple genetic crosses, instead of much slower and less reliable microinjection. The in vivo GFP fusions offer unprecedented potential for determining developmental gene action.

A grant from the National Institutes of Health partially supports the lab's participation in the BDGP gene disruption project.