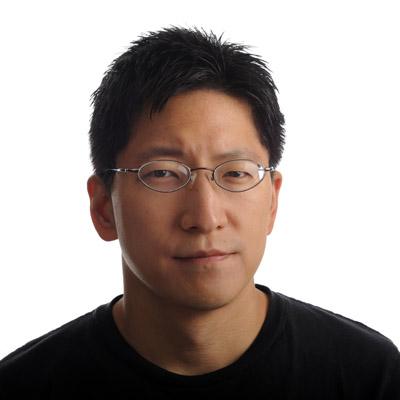 Dr. Lee is a group leader at the Janelia Research Campus.

How does an animal learn, store, and recall specific items and events? How do these processes work in the context of solving problems useful for survival in the natural world?

The primary focus of our lab is the neural basis of learning and memory. We study hippocampal and reward-related learning in rodents. Both are immensely rich topics that should provide fundamental insights into the foundations of mammalian behavior. We use two complementary electrophysiological methods: whole-cell and multiple-single-unit extracellular recording in freely behaving rats and mice. With multitetrode extracellular recording we can follow the simultaneous activity of many neurons from several brain areas for weeks as an animal learns and then retrieves specific memories. In vivo whole-cell recording in freely moving rats, a new technique that I have been developing with Michael Brecht and Jerome Epsztein (Humboldt University, Berlin), promises to provide us an unprecedented ability to measure and manipulate an individual neuron as an animal learns. It also allows us to connect neural activity during behavior to the recorded cell's specific anatomy. More generally, this technique can bring two large areas of neuroscience closer together: in vitro cellular/molecular studies of plasticity and behavioral and extracellular studies of animals engaged in learning and memory tasks.

The hippocampus is a brain region that has been shown to be crucial for both the formation of episodic memories (such as memories of events from daily life) in humans, and spatial learning (for example, learning the layout of a given environment) in rodents. Recent electrophysiological recordings in the human hippocampus revealed neurons that fire in a highly specific manner for famous people and objects. This sparse coding bears a striking resemblance to that of the well-known rodent hippocampal place cells (which fire selectively when the animal is in a particular location of an environment), thus adding new significance to the study of place cells as an animal model of human hippocampal-dependent memory.

Previously, in the laboratory of Matthew Wilson (Massachusetts Institute of Technology), I studied sequence learning across populations of place cells recorded extracellularly in freely moving rats with methods of multiple spike train analysis that I developed for this purpose. Similar phenomena could underlie human episodic memory encoding. For example, a rodent learning a temporal sequence of places by linking a set of place cells could be homologous to a human encoding an experience consisting of a sequence of items, each represented by a small group of hippocampal cells (e.g., enter restaurant, notice famous person, meet friends, sit at corner table).

However, to really get at the cellular/synaptic mechanisms of hippocampal learning requires more detailed measurement and control of place cells than is possible with extracellular recording. Whole-cell recording in freely moving rodents will allow us to measure the subthreshold membrane potential activity associated with place cells. Because subthreshold activity reflects the synaptic inputs to a cell better than spiking (which represents the cell's output) does, we can more directly measure the synaptic plasticity correlates of hippocampal activity as an animal actually engages in spatial learning.

Ultimately, learning serves the survival needs of the animal. Learning to successfully obtain rewards is a key part of this process. Thus we will use extracellular recording of populations of neurons from reward-related brain areas to study changes in neural activity over timescales of up to several weeks as a rodent learns natural, biologically relevant tasks. Through collaborations with other Janelia researchers, we will complement our recordings with techniques such as activation and inactivation of specific parts of the circuits underlying these behaviors. We expect that the basic computations in these regions will be common to both rodents and humans.

A major focus of our lab will be the further technical development of whole-cell recording in freely moving rodents. We previously demonstrated that our current method yields high-quality whole-cell recordings of remarkable stability that last for up to an hour in freely moving animals. However, this new technique is still difficult to perform, so our first tasks are to improve the success rate and ease of use. The long-term technical goal is to make it a standard tool for cellular/synaptic studies of behavior, thus more directly linking in vitro and in vivo research. In addition to our studies of learning mechanisms, we and our colleagues hope to employ this technique to answer fundamental questions about basic cell physiology properties and synaptic integration in different types of anatomically identified neurons from various brain areas during natural behaviors.

Janelia is an ideal environment for developing new techniques for neuroscience, through its excellent infrastructure and support, stated research goals, and array of highly talented scientists.