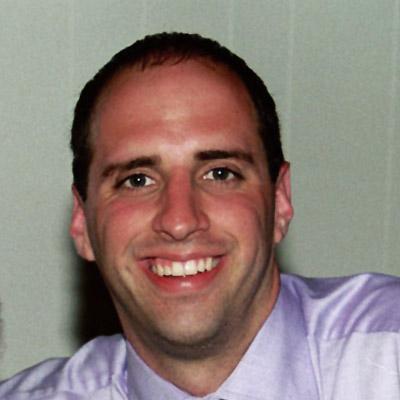 Dr. Hantman is a group leader at the Janelia Research Campus.

Every movement we generate has sensory consequences, and these sensory inputs enable the nervous system to produce coordinated movements. My lab investigates how one particular sense, proprioception, is processed along its path from the periphery, through the spinal cord to motor control centers.

We move by contracting and relaxing our muscles—the resulting changes in muscle length and tension are detected by proprioceptive sensory neurons. Therefore, unlike all other senses, proprioception is inexorably bound to movement. The central nervous system uses proprioceptive sensory information to construct a representation of body position and muscle activity that is critical in initiating and refining centrally driven motor commands. Although the impact of muscle and joint afferent input on spinal reflexes is well characterized, we know considerably less about how proprioceptive information influences voluntary commands in supraspinal motor centers.

To examine these questions at the cellular and network level, we are using an approach that integrates genetics, physiology, optical-based circuit tracing, and behavioral assays.

Spinocerebellar neurons integrate proprioceptive sensory, spinal inhibitory, and descending corticospinal inputs. Proprioceptive synapses are formed along the dendrites, inhibitory inputs are found along the somatodendritic surface, and corticospinal inputs target spinocerebellar somata. The spatial integration of these inputs is likely to influence the output function of spinocerebellar neurons. To investigate somatodendritic integration in proprioceptive relay neurons we are using a combination of dendritic calcium imaging, in vitro intracellular electrophysiology, and optogenetic stimulation techniques.

Anatomy and in vitro electrophysiology have informed us about the synaptic partners of proprioceptive relay neurons, but our grasp of the neuronal activity of the spino- and cuneocerebellar system in vivo is rudimentary. To gain access to cuneocerebellar neurons in vivo, we are developing a whole-animal hindbrain preparation compatible with calcium imaging and electrophysiology. This preparation opens many avenues of research. By simultaneously monitoring presynaptic sensory and postsynaptic cuneocerebellar in vivo activity, we will watch the transformation of proprioceptive information across the first central synapse. The use of optogenetic approaches will permit us to examine how selective recruitment or suppression of circuit elements affects the transmission of incoming natural proprioceptive stimuli. Eventually we hope to monitor and test the effects of our optogenetic manipulations in animals during the course of purposeful movement. This approach will be used to characterize the effects of (1) inhibition, (2) modulation, and (3) descending cortical control of proprioceptive processing in precerebellar neurons.

As an example of this approach, spinocerebellar neurons are subjected to descending control from the cortex. Our recent findings indicate that these inputs may contribute to a corollary discharge circuit capable of predicting or suppressing self-generated sensory feedback. Anatomical evidence suggests a similar circuit may exist for external cuneocerebellar neurons. Our in vivo cuneate preparation allows us to probe the functional role of cortical inputs and test the corollary discharge hypothesis. First, we will map the cortical areas providing input to the external cuneate nucleus. Then we will assess the nature of the descending signals by expressing genetically encoded calcium indicators in these cortical areas and monitoring calcium changes of the labeled terminals in the external cuneate nucleus. Using optogenetics, we will next activate or suppress these inputs while the animal is receiving peripheral proprioceptive input. Eventually, we will use this strategy in moving animals to examine the role of descending control of cuneocerebellar pathways in behavior.

In addition to using optogenetics, we will genetically perturb the cortical influence of proprioception. Since cortical output to spinocerebellar and motor neurons may be linked, cortical suppression of spinocerebellar neurons may provide an effective means of ignoring self-generated, expected proprioceptive information while enhancing attention to unexpected sensory information. By specifically manipulating cortically driven GABA and glycine-mediated inhibition of spinocerebellar neurons, we will explore the behavioral consequences of this mode of inhibition and test if the nervous system uses it as a filter for self-generated information.

Spino- and cuneocerebellar neurons end as mossy fiber terminations in the cerebellum. Granule cells are the primary target of mossy fiber terminals in the cerebellum; consequently, granule cells serve as the principal processor of this diverse input to the cerebellum. Granule neurons have ~4 dendrites, with each dendrite receiving one excitatory mossy fiber input. The simplicity in number and the diversity of origin of mossy fiber inputs make granule neurons an interesting and tractable system to explore how input convergence creates meaningful neuronal codes. We are characterizing the global and cellular patterns of mossy fiber convergence in the cerebellum, as well as how these arrangements affect granule cell output. To this end, we will first determine unique genetic identities of each precerebellar neuronal class; knowledge of the genetic identities of these neurons will facilitate a number of crucial experiments, including circuit tracing, optogenetic experiments, and ablation studies.

Currently, we have genetic control over one class of spinocerebellar neurons, providing an example of our plan for each precerebellar type. Glial-derived neurotrophic factor (GDNF) is selectively expressed in Clarke's column of the dorsal spinocerebellar system. To dissect the role of Clarke's column in motor control, we have produced several lines of GDNF BAC transgenic mice. We have generated a GDNF::diphtheria toxin receptor mouse line that renders only GDNF-expressing neurons susceptible to toxin-induced cell death. The specificity of the genetics and the control of toxin administration permit us to test the behavioral role of Clarke's column.

Despite much effort, a black box remains between sensory input and motor output. To reveal aspects of this mystery, we will chase sensory inputs into the brain to determine how the nervous system changes natural stimuli into a code it can use for motor control.