Why Men May Fare Worse than Women Against SARS-CoV-2

Data from COVID-19 cases around the world suggest that the new coronavirus hits men harder than women. Differences in men and women’s immune responses to the virus may help explain why. 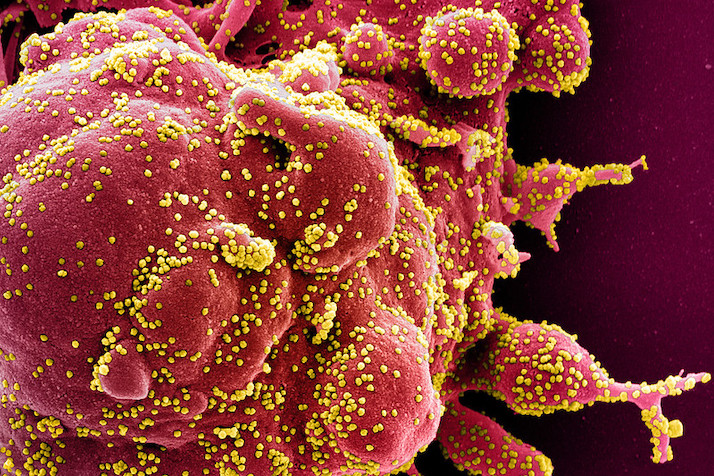 When infected by the new coronavirus, women may mount a more potent adaptive immune response than do men, a new study suggests. By comparison, the male immune response appears to progress less effectively, fostering inflammation that’s harmful to the body.

This study is the first to delve into sex differences in how the immune system defends itself against the virus SARS-CoV-2. It could help explain why men can fall more severely ill, says Howard Hughes Medical Institute Investigator Akiko Iwasaki. She and her colleagues posted a preprint describing the study on medRxiv.org on June 9, 2020. Their analysis focused on the immune responses of 93 COVID-19 patients admitted to Yale New Haven Hospital.

“There is a big contrast between how women respond to the virus that causes COVID-19 and the way men respond,” says Iwasaki, an immunobiologist at Yale University. “The sex-based differences revealed in this study suggest that treatments could be tailored to better suit male versus female patients.”

The medRxiv paper, which has yet to go through the scientific vetting process known as peer review, has some limitations, including relying on a small number of patients, says Marcus Altfeld, an immunologist at the Heinrich Pette Institute in Germany, who was not involved with the work. However, he adds, “These are very important data and larger, follow-up studies are now needed.”

Since SARS-CoV-2 emerged in Wuhan, China, researchers have shown that the virus is hardly indiscriminate. It poses more of a threat to certain categories of people, including the elderly, those with certain medical conditions, and African Americans. And early reports from Wuhan, the epicenter of the pandemic, indicated that infections hit men harder, a trend later confirmed elsewhere in the world.

The degree of this disparity between men and women varies. Data from the US Centers for Disease Control and Prevention through early June shows that men account for 54 percent of COVID-19-related deaths. Meanwhile, an analysis of data from more than 1,000 infected Chinese patients found that 2.4 times more men died than women.

“There is a big contrast between how women respond to the virus that causes COVID-19 and the way men respond.”

Experts have suggested a long list of potential contributors to this disparity, including male sex hormones, men placing less priority on their health, and levels of a molecule the virus needs to invade cells.

The immune system has emerged as a strong candidate. “It is well established in many viral infections that there are differences between men and women, both in the manifestation of the diseases and also in the development of immune responses,” says Altfeld, whose lab studies HIV.

In response to encouragement from Women’s Health Research at Yale, Iwasaki set out to see how men and women’s immunological differences might play out in COVID-19. Using blood, saliva, and nasal swabs collected from hospital patients, she and her team concentrated primarily on a group of men and women who had moderate illness.

Iwasaki’s team identified a difference originating in the immune system’s two layers of defense. When a viral infection begins, the first layer responds rapidly. Infected cells sound the alarm, sending out cytokine proteins that summon immune cells to fight the infection. Although a necessity, this process, known as inflammation, can be dangerous if not controlled. In COVID-19, runaway inflammation known as a cytokine storm can cause death.

Within days, the immune system’s second layer of defense kicks in. This finely-tuned response enlists so-called T and B cells that learn to recognize the enemy and eradicate it.

The team found that female patients had more of the virus-fighting T cells, while men had higher levels of inflammation-promoting cytokines. “This suggests men are stuck in the first layer of the immune response,” Iwasaki says. Because men don’t properly activate the second, more targeted defense system, inflammation appears to ramp up, she explains.

Her team also tracked the severity of the patients’ illnesses. Men whose condition remained stable generated strong T cell responses, not unlike the women’s. However, men lacking a strong T-cell response fared worse ­– they needed to move to the intensive care unit or use a ventilator to breath. Some of the women struggled, too, but for a different reason: they failed to bring their cytokine signaling under control.

Overall, the results suggest that women fare better than men because of their T cells, Iwasaki says. While men’s T cell levels declined with age, levels remained strong for women into their 90s. These discoveries hint that male patients may benefit from treatments to enhance their T cells, she says.