Study Demonstrates that Taste Is in the Brain

Scientists show they can control whether mice perceive a taste as bitter or sweet by activating two small areas of the brain. 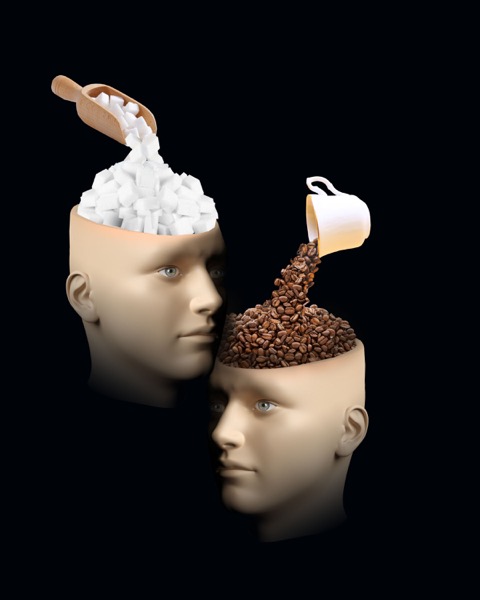 Howard Hughes Medical Institute (HHMI) researchers at Columbia University College of Physicians and Surgeons and their colleagues have shown that they can control whether mice perceive a taste as bitter or sweet by activating two small areas of the brain. The findings are a step toward understanding how the brain integrates the flood of information from our senses to create what we experience as reality.

In the experiments, HHMI investigator Charles Zuker at Columbia and colleagues stimulated neurons in the part of the mouse’s brain that senses bitter tastes as the mouse was drinking pure water. The animal reacted as if it had just swallowed day-old coffee – and repeatedly swiped its front paws across its mouth, apparently trying to scrub away a foul taste.

The new results, which the scientists reported in Nature on November 18, 2015, build on more than a decade of research in Zuker’s lab and the lab of his collaborator Nicholas Ryba of the National Institute of Dental and Craniofacial Research. The sense of taste begins with receptors on the tongue, each of which detects one of the five tastes—sweet, sour, bitter, salt, or umami. If you pop a piece of chocolate into your mouth, for example, it excites sweet receptors that fire off nerve signals that speed to the brain. In 2011, Zuker and colleagues tracked those messages to the brain region known as the gustatory cortex, which processes taste impulses. They found that each taste is represented in a different section of the gustatory cortex, in essence creating a map of taste qualities in the brain.

That work showed where in the brain each taste is coded. For the new study, Zuker and colleagues wanted to go one step further and determine what mice perceive when these different areas are active. If neurons in the sweet cortical field are firing, for example, do the mice experience a sensation of sweetness? Like us, mice love sweets and recoil from things that are bitter, so the animals’ responses could serve as a guide, says Zuker, who is also a senior fellow at HHMI's Janelia Research Campus. “With its behavior the animal is telling us what it is sensing. In addition, we can train the animals to report the identity of a taste stimulus by teaching it to perform a number of additional behaviors.”

To manipulate the animals’ sensations, the team used a harmless virus to insert the protein channelrhodopsin into the brains of mice. Channelrhodopsin switches on neurons when it is exposed to light, so the researchers could stimulate the bitter or sweet portions of the gustatory cortex with a laser.

When Yueqing Peng, a postdoctoral researcher in Zuker’s lab and the lead author of the study, offered plain water to thirsty animals and then directed the laser at the bitter cortical field, the mice stopped drinking, choked, and pawed their mouths. “The animal not only thinks it is tasting bitter, it attempts to clear its mouth of the [non-existent] taste,” says Zuker. In contrast, when the sweet cortical field was targeted, the mice instead drank and drank, thus ensuring they continued to “feel” the taste of sweet. “These results illustrate that by manipulating the brain centers representing sweet and bitter taste it is possible to directly control an animal’s internal representation, sensory perception, and behavioral actions,” says Peng.

The researchers next trained animals to behave in the opposite way from what one would expect. When the researchers presented the mice with a bitter chemical, the animals were trained to lick the spout of the water bottle. And when the animals were presented with sugar, the mice were trained to stop licking. The researchers then gave the animals pure water and activated either the sweet or bitter brain field. Stimulating each field evoked the same response as its corresponding taste. For example, aiming the laser at the sweet cortical field caused the animals to stop licking. “Activation of these cortical fields is re-enacting what we think of as sensory perception,” says Zuker. “Taste is in the brain.”

Next, the researchers want to use their techniques to determine how the taste cortical fields integrate with other areas of the brain to modulate sensory perception and guide actions and behaviors, including the storage and recall of taste memories.