Storing a Memory Involves Distant Parts of the Brain

In studies with mice, Janelia researchers discovered that to maintain certain short-term memories, the brain’s cortex relies on connections with the thalamus. 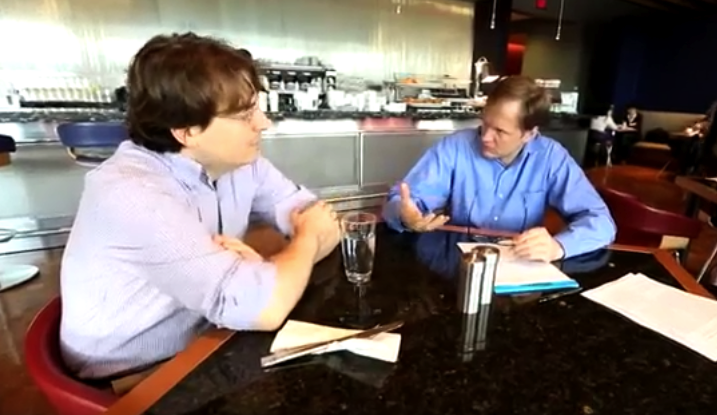 New research from scientists at the Howard Hughes Medical Institute’s Janelia Research Campus shows that distant parts of the brain are called into action to store a single memory. In studies with mice, the researchers discovered that to maintain certain short-term memories, the brain’s cortex—the outer layer of tissue thought to be responsible for generating most thoughts and actions—relies on connections with a small region in the center of the brain called the thalamus.

The thalamus is best known as a relay center that passes incoming sensory information to other parts of the brain for processing. But clinical findings suggested that certain parts of the thalamus might also play a critical role in consciousness and cognitive function. The discovery that the thalamus is needed to briefly store information so that animals can act on a past experience demonstrates that the region has a powerful influence on the function of the cortex, says Janelia group leader Karel Svoboda, who led the study. “It really suggests that cortex by itself cannot maintain these memories,” he says. “Instead the thalamus is an important participant.”

Svoboda, Janelia group leader Shaul Druckmann, and their colleagues reported their findings in the May 11, 2017, issue of the journal Nature.

When a memory is formed in the brain, activity in the cells that store the information changes for the duration of the memory. Since individual neurons cannot remain active for more than a few milliseconds on their own, groups of cells work together to store the information. Neurons signaling back and forth can sustain one another’s activity for the seconds that it takes to store a short-term memory.

Svoboda wants to understand exactly how such memories are formed and maintained, including where in the brain they are stored. In prior work, his team determined that in mice, a region of the cortex called the anterior lateral motor cortex (ALM) is critical for short-term memory. Activity in this area is necessary for mice to perform a memory-related task in which they experience a sensory cue that they must remember for several seconds before they are given an opportunity to act on the cue and earn a reward.

Svoboda and his colleagues wanted to understand if ALM stores these memories by itself, or if other parts of the brain work in concert with the ALM to store memories. ALM connects to several other brain regions via long-range connections. The next step was to investigate whether any of the region’s long-range communications were important for memory storage.

Zengcai Guo and Hidehiko Inagaki, postdoctoral researchers in Svoboda’s lab, tested those connections one by one, evaluating whether switching off neurons in various brain regions interfered with memory-associated activity in the ALM and impacted animals’ ability to remember their cues.

The results were clear. “The only player that perturbed the memory was the thalamus,” Svoboda says. “And it was an incredibly dramatic effect. If you turn off these thalamic neurons, activity and short-term memories completely disappear in the cortex. The cortex effectively becomes comatose.”

In further experiments, the team discovered that information flows both ways between the thalamus and the ALM portion of the cortex. “It’s like a game of ping-pong,” Svoboda says. “One excites the other, and the other then excites the first, and so on and so forth. This back and forth maintains these activity patterns that correspond to the memory.”

The finding highlights the functional importance of connections between distant parts of the brain, which Svoboda says are often neglected as neuroscientists focus their attention on activity within particular regions. “It was unexpected that these short-term memories are maintained in a thalamocortical loop,” he says. “This tells us that these memories are widely distributed across the brain.”