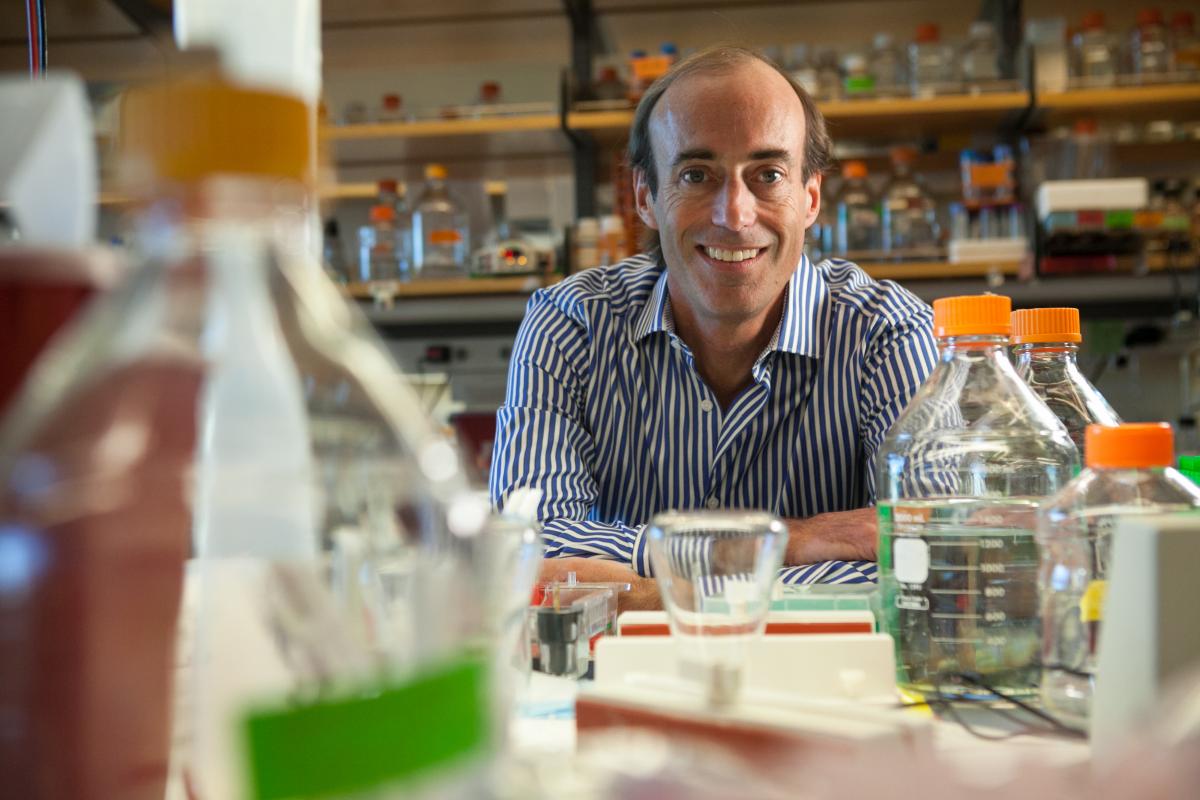 Ronald Vale, a Howard Hughes Medical Investigator at the University of California, San Francisco, has won the Shaw Prize in Life Sciences and Medicine, the Shaw Prize Foundation announced May 23 at a press conference in Hong Kong.

Vale shares the $1.2 million award with molecular biologist Ian Gibbons, a visiting scholar at the University of California, Berkeley. The pair were honored for their discovery of microtubule-associated motor proteins, cellular engines that drive nerve cell growth and chromosome segregation.

The Shaw Prizes consist of three annual awards: Astronomy, Life Sciences and Medicine, and Mathematical Sciences. These awards honor people who have made outstanding contributions in academic and scientific research, particularly researchers whose significant work was recently achieved and who are currently active in their fields. The prize is dedicated to furthering societal progress, enhancing quality of life, and enriching humanity’s spiritual civilization. In life sciences and medicine, novel insights and technological advances could offer improvements in health and quality of life.

Vale studies the molecular motors that power the movement of membranes and chromosomes inside of cells as well as the role of the cytoskeleton in cell division and cell shape.

Vale was named an HHMI investigator in 1995. He is also William K. Hamilton Distinguished Professor of Anesthesia and Professor and Chair of Cellular and Molecular Pharmacology at the University of California, San Francisco, where he has been on the faculty since 1987. He is founder and director of iBioSeminars, which produces and distributes free, on-demand biology lectures by high profile leaders in biological research. He is also president of the board of directors of ASAPbio, a scientist-driven initiative to promote the productive use of preprints in the life sciences.

Vale received a B.A. degree in biology and chemistry from the University of California, Santa Barbara, and a Ph.D. degree in neuroscience from Stanford University. His graduate and postdoctoral studies at the Marine Biological Laboratory led to the discovery of kinesin, a microtubule-based motor protein.

Vale's honors include the Albert Lasker Basic Medical Research Award, the Pfizer Award in enzyme chemistry, the Young Investigator Award from the Biophysical Society, and the Wiley Prize in Biomedical Sciences. He is a member of both the National Academy of Sciences and the American Academy of Arts and Sciences.

The Shaw Prizes were established under the auspices of the late Sir Run Run Shaw, a Hong Kong film producer and chairman of Television Broadcasts Limited (TVB), the largest Chinese program producer in the world.