Research Shows that Cortex Commands the Performance of Skilled Movement

New experiments at HHMI's Janelia Research Campus show that activity in the cortex is critical for enacting a learned skill. 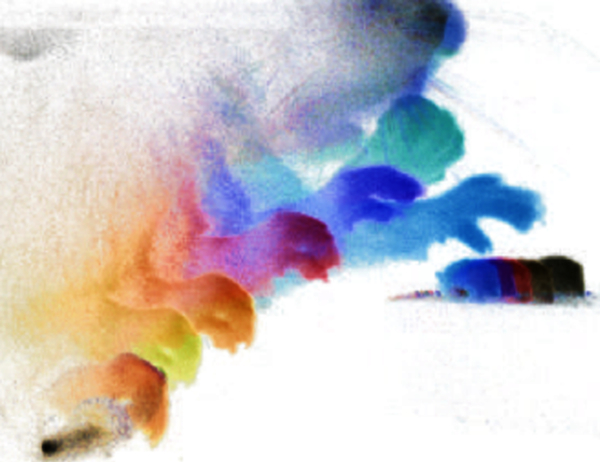 The essential function of the central nervous system is to coordinate movement. Skilled movement requires many elements including planning, initiation, execution, and refinement. Scientists at the Howard Hughes Medical Institute's Janelia Research Campus have demonstrated in experiments with mice that the brain's sensorimotor cortex is essential for initiating and executing a complex movement. Temporarily switching off this part of the brain causes mice to pause abruptly in the middle of a trained task, which they successfully resume as soon as motor cortex activity is restored.

It has been unclear whether the motor cortex is the brain's primary director of voluntary movements, or whether its role is to fine-tune complex movements. The new study, led by Janelia group leader Adam Hantman and published February 1, 2016 in the journal eLife, demonstrates that activity in this part of the brain is critical for enacting a learned skill.

Neurons in the motor cortex fire as animals plan and carry out movements, but the precise effects of this activity have been unclear. Although artificially stimulating the cortex can evoke complex movements in animals, other researchers have found that mice with irreversible damage to the motor cortex retain the ability to complete a learned sequence of actions. Those animals do tend to lose dexterity, adapting by swinging the limb instead of carefully maneuvering the paw to the target, for example.

Hantman and colleagues thought they could learn more about the precise role of the motor cortex by manipulating it with optogenetics, a technique that allows precise temporal control over neural activity. The technique involves delivering light-sensitive proteins to specific nerve cells under study and then using a pulse of laser light of the right wavelength to turn on or shut off the activity of those nerve cells. Using this approach, Hantman and his team could inhibit the motor cortex at specific moments while the mice performed a task. Shutting down motor cortex activity for just a few seconds at a time would also make it unlikely that the mice would learn to compensate for any impairments in motor control, a potential confounding factor in prior attempts to probe the role of motor cortex.

Jian-Zhong (Jay) Guo, a senior scientist in Hantman's lab, spent months patiently training mice to reach and grab for a food pellet, then bring the pellet to the mouth for consumption. The scientists then used optogenetics to manipulate activity in the animal’s motor cortex during the task. After the animals had begun reaching for the food, Guo used a laser beam to activate inhibitory neurons in the region of the motor cortex that controlled the action. The inhibitory neurons, in turn, switched off nearby excitatory neurons. “We were essentially using the cortex to turn itself off,” Hantman explains. Doing so, they thought, might make the mice struggle to succeed at the task.

In fact, the effects were much more dramatic. At any point after a mouse began to reach for its food pellet with its right paw, Hantman and his colleagues could abruptly halt the action by switching on the laser that silenced the left motor cortex. “This was a breathtaking thing when we saw it happen in the lab,” Hantman says. “As long as the laser was on, the animal was not able to progress its paw forward. It was as if we had achieved a remote control of the mouse.”

In some instances, the scientists inhibited the motor cortex after a mouse had grabbed its pellet, then watched as the animal used its other paw (controlled by the unmanipulated cortical hemisphere) to guide the stalled limb to its mouth. “He just couldn't get that arm up to eat,” Hantman says. “He knew he had a pellet of food, and he so desperately wanted it, but he simply couldn't get it into his mouth.”

In all of their experiments, Hantman's team recorded the animals' behavior and used new machine learning algorithms developed by Janelia group leader Kristin Branson and colleagues to track their movements efficiently. Automating this analysis allowed the team to test the effects of inhibiting the motor cortex in a variety of situations. But when they examined different behaviors, such as licking for food or grooming,  mice continued their activities uninterrupted, despite motor cortex inhibition. The scientists concluded that the pausing effect was specific to a learned, complex, goal-motivated movement toward a target.

Remarkably, in the food-grabbing task, mice would pick up the action where they had left off as soon as the scientists switched off the laser, allowing normal activity in the motor cortex to resume. In fact, the scientists found that a hungry mouse familiar with the task would reach for a food pellet immediately after normal motor cortex activity was restored, even if no pellet was present and the action had not previously been initiated. “Just the mere inhibition and release of that inhibition seemed to evoke the entire sequence of the movement,” Hantman says. Despite the lack of an actual pellet, and regardless of the starting position of the reaching paw, the animals reliably reached toward the place they had learned the pellet should be. “That suggested to us that perhaps the cortex was specifying not the kinematics of the movement, but something about that learned end-point location,” Hantman says.

Hantman and his team are now eager to investigate how the motor cortex retains information about where a movement should be directed. “Some of the things that we noticed during these perturbations give us entry points to try and uncover the dynamics of the cortex that might be responsible for this kind of skilled action,” he says.