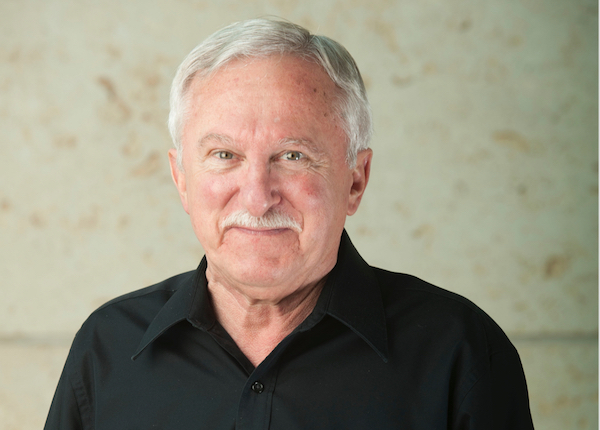 The Royal Swedish Academy of Sciences announced today that Paul Modrich, a Howard Hughes Medical Institute (HHMI) investigator at Duke University, Tomas Lindahl of the Francis Crick Institute and Clare Hall Laboratory in the UK, and Aziz Sancar of University of North Carolina, Chapel Hill, are the recipients of the 2015 Nobel Prize in Chemistry for mechanistic studies of DNA repair.

The trio is being honored for having mapped, at a molecular level, how cells repair damaged DNA and safeguard the genetic information. According to the Nobel Foundation, their work has provided fundamental knowledge of how a living cell functions and is, for instance, used for the development of new cancer treatments. (Listen to Modrich's interview with the Nobel Foundation.)

Each day our DNA is damaged by UV radiation, free radicals and other carcinogenic substances, but even without such external attacks, a DNA molecule is inherently unstable. Thousands of spontaneous changes to a cell’s genome occur on a daily basis. Furthermore, defects can also arise when DNA is copied during cell division, a process that occurs several million times every day in the human body.

Modrich -- who has been an HHMI investigator at Duke since 1994 -- studies pathways that control mutation production.  Much of his work has addressed strand-directed mismatch repair. Inactivation of mismatch repair is the cause of the most common form of hereditary colon cancer, and aberrant action of the pathway plays an important role in the development of a number of neurodegenerative diseases.

Mismatch repair rectifies base-pairing errors within the DNA helix. Although a mismatched base pair is a rare occurrence in DNA, inactivation of this repair system has profound consequences for a living cell: a 100- to 1,000-fold increase in mutation production. In humans, mismatch repair defects are the cause of the most common form of hereditary colon cancer (HNPCC) and are believed to contribute to the development of a subset of sporadic tumors that occur in a variety of tissues.

Mechanisms of DNA Repair - created by Graham Johnson of grahamj.com

Growing up in a small town in northern New Mexico instilled Modrich with a love of the natural world. "There was huge biological diversity around me," he says. "Within five miles, the ecology can change dramatically—it was very thought provoking." His father, the local high school biology teacher, encouraged his curiosity. In 1963, when he was a junior in high school, Modrich remembers his dad giving him very important advice: "You should learn about this DNA stuff."

Modrich heeded this counsel. For most of his career, he has studied how organisms prevent the occurrence of mutations in their genetic material. Particularly, he has identified and characterized the proteins in what is called the mismatch repair (MMR) system, a key proofreading mechanism that cells use to eliminate rare errors from DNA that occur during chromosome replication.

If mistakes creep into DNA's code during the formation of sperm and egg cells, they can cause mutations that are passed down through generations. If damaging genetic alterations occur inside cells of the adult body, cancers may arise. Before Modrich's findings about MMR, scientists had studied the enzyme DNA polymerase, which is responsible for copying the A, T, G, C letters that compose the genetic language that resides within the DNA of chromosomes. They had established how the enzyme does so with high accuracy—about one mistake for every 10 million DNA "letters" copied. Normally, A in DNA pairs with T, and C pairs with G; DNA polymerase errors take the form of a mismatch such as A pairing with C, G with T, G with G, and so on.

Modrich showed how the MMR system functions as a copyeditor to correct the rare errors left by DNA polymerase. "In human cells, MMR reduces the error rate by a factor of a thousand," Modrich explains. In healthy cells, approximately one mutation occurs per cell division. Without MMR, this number increases to about 1,000.

Modrich first became interested in molecular genetics as an undergraduate when he helped out in a lab that studied the genetics of viruses that infect bacteria. For his Ph.D. thesis at Stanford, Modrich studied how the enzyme ligase works and showed that it is essential for the microbe Escherichia coli's viability. Ligase is a protein that glues together two ends in double-stranded DNA. It functions in many essential DNA actions, such as DNA replication, repair of DNA lesions, and recombination, when chromosomes exchange genetic material.

Modrich's experience with DNA and the proteins and enzymes that interact with the molecule allowed him in the late 1970s to start tackling a system that finds and fixes the very rare mismatched base pairs that result from DNA polymerase errors. At the time, molecular biologist Matthew Meselson posited that the process required two sites on DNA: the mismatch and a second DNA site that is used to distinguish the newly synthesized, error-containing strand from the parental template strand that is being copied. Eventually, Modrich developed biochemical assays that allowed detection of mismatch repair in extracts of E. coli, which permitted his lab to identify the nature and functions of 11 proteins responsible for mismatch repair in this microbe.

"One of the things I like about research is the problem-solving aspect of it," says Modrich, reflecting on the time it took to characterize MMR. "I don't really feel a sense of urgency. I get a lot of satisfaction from the small steps."

Suspecting that humans also have an MMR system, Modrich and his colleagues demonstrated that was the case in 1990. They showed that this reaction is defective in a common form of colon cancer that runs in families and identified a number of proteins that participate in human MMR. Since then, he and other researchers have found that genetic inactivation of any of four human MMR genes can lead to cancer. Physicians now use these findings in cancer diagnosis.

Today, Modrich is further dissecting the molecular mechanisms of MMR in humans. He also is investigating MMR's role in how certain cancers become resistant to chemotherapy and the involvement of the MMR system in causing diseases such as Huntington's.

In his career, Modrich has subscribed to the idea that basic research often leads to unanticipated results that ultimately have value for human health and disease. "Had we not had a basic knowledge of MMR in bacteria, we wouldn't have guessed that defects in the human pathway were the cause of hereditary colon cancer," Modrich says. "That is why curiosity-based research is so important. You never know where it is going to lead… A little luck helps, too."