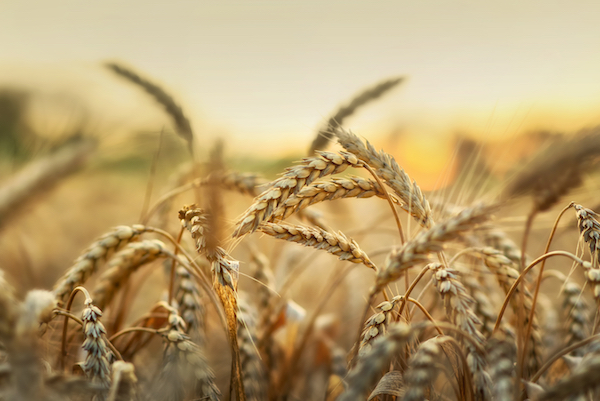 Howard Hughes Medical Institute scientists have developed a much-needed genetic resource that will greatly accelerate the study of gene functions in wheat. The resource, a collection of wheat seeds with more than 10 million sequenced and carefully catalogued genetic mutations, is freely available to wheat breeders and researchers, and is already aiding in the development of wheat plants with improved traits.

Jorge Dubcovsky, a Howard Hughes Medical Institute–Gordon and Betty Moore Foundation investigator at the University of California, Davis, and his collaborator Cristobal Uauy, a crop geneticist at the John Innes Centre in the United Kingdom, led the development of the new genetic tool, which was reported in the Proceedings of the National Academy of Sciences the week of January 16, 2017. “I think it’s really a game changer for our community,” Dubcovsky says.

Wheat is a vital crop, supplying 20 percent of the calories consumed by humans worldwide. To maintain food security, wheat breeders are working to develop plants that offer more nutritional value, have greater yields, and can thrive in a changing climate. A key genetic feature makes the plant difficult to study and manipulate, however. Like many plants, wheat is polyploid, meaning it has multiple copies of its genome in every cell: Pasta wheat has two copies of every gene, and bread wheat has three.

To study the function of an individual gene, researchers typically mutate or eliminate that gene to find out what happens—an approach known as reverse genetics. But in a polyploid organism such as wheat, mutations in individual genes often have no apparent effect, because additional copies of the mutated gene compensate for the loss. Researchers must cross plants with mutations in different copies of the gene several times to obtain a generation of plants in which the gene’s function is lost. The gene copies also hide natural variation in the wheat genome that could create opportunities to selectively breed plants with useful traits.

Wheat researchers knew that a comprehensive collection of wheat lines with defined genetic mutations would transform the way they worked. “We didn’t have any reverse genetics resource for wheat, and it was absolutely necessary for us to study gene function,” Dubcovsky says. But because of the complexity of the wheat genome, developing that resource was a massive undertaking.

Dubcovsky and his colleagues chemically induced random genetic mutations in thousands of wheat seeds and began developing and characterizing their collection of wheat mutant lines more than five years ago. To make it possible to analyze the DNA of all of the lines, the researchers developed an approach that let them focus on the small fraction of the genome that encodes proteins. Focusing on this small portion of each plant’s genome, the team sequenced 400 billion bases of DNA using sophisticated sequencing technology to analyze the plants that grew from the mutated seeds—a total of 2,735 mutant lines. Seeds from each plant line were increased and saved for distribution.

Because wheat’s polyploidy enables it to tolerate many mutations without impairing growth, the researchers were able to develop lines with a high density of genetic mutations—thousands were detected in every plant. More than 90 percent of the plants’ genes are disrupted by the ten million mutations catalogued in the collection, making it a powerful resource for studying the function of nearly any wheat gene.

Sequences of all the 2,735 wheat lines are catalogued in a publically available database (http://dubcovskylab.ucdavis.edu/wheat_blast and www.wheat-tilling.com). Researchers can search the database to find lines with mutations in the genes they want to study, then order seeds. More than 3,000 seed stocks have already been distributed to wheat researchers around the world, Dubcovsky says.

Dubcovsky stresses that the collection, which includes both bread and pasta wheats, is valuable because it makes it possible to do genetic research and manipulations directly in this economically important crop. His own team is using the collection to characterize genes that control the plant’s flowering, and has already used the wheat lines to develop wheat varieties with larger grains and more dietary fiber.