Scientists have discovered a protein that prevents bacteria from exploding, which could make it a good target for future antibiotics. 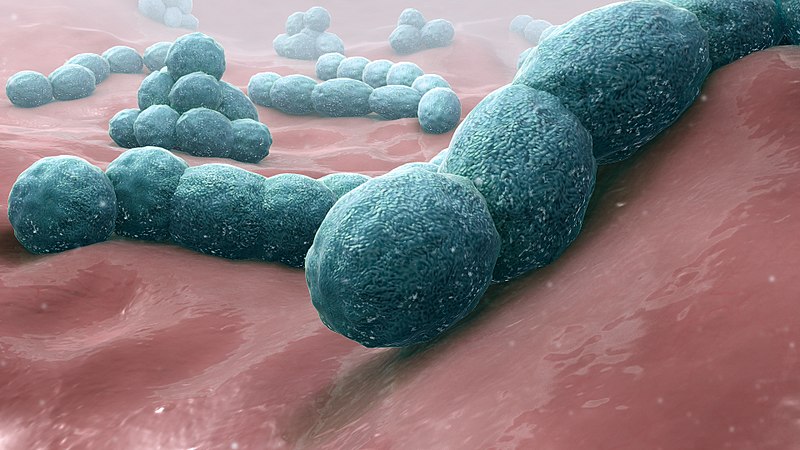 S. pneumoniae can colonize the respiratory tract, sinuses, and nasal cavity of healthy people without causing problems. But in people with weak immune systems, the bacteria can cause disease. Credit: Photo by Manu5/CC BY-SA 4.0

Although penicillin was discovered nearly a century ago, scientists are still learning how the drug makes bacterial cells pop like overfilled balloons.

Now, in a study of the disease-causing bacterium Streptococcus pneumoniae, researchers have discovered a suite of molecules involved in penicillin-induced bursting. “We’re finally getting mechanistic clues as to how penicillin and related drugs cause bacterial cells to explode,” says Howard Hughes Medical Institute Investigator Thomas Bernhardt, a microbiologist at Harvard Medical School (HMS). He and his colleagues report the work April 9, 2019, in the journal eLife.

They hope their finding will help scientists develop new antibiotics to kill bacteria that have become insensitive to current drugs.

Penicillin is part of a class of drugs called beta-lactams, which are the most widely used antibiotics in the world. But, through “lucky” mistakes made in their DNA, bacteria are acquiring more and more ways to thwart these drugs, says HMS microbiologist and study co-author David Rudner. In 2015, for example, the Centers for Disease Control and Prevention reported that about 30 percent of S. pneumoniae infections involved drug-resistant bacteria.

Escherichia coli cells burst after treatment with ampicillin, a derivative of penicillin. Scientists believe that these cells burst due to the action of enzymes that break down the cell wall.
Credit: Bernhardt Lab

One way to design new antibiotics is to learn more about the molecular chain of events initiated by current ones. Since 1928, when Alexander Fleming accidentally discovered penicillin, scientists have learned that beta-lactams cause bacteria to explode under the force of incoming water. The bacteria targeted by these drugs are surrounded by two barriers to the outside world: an oily inner membrane and a stiffer outer cell wall. If the cell wall is weak, water pours in and makes cells swell and burst.

Forty years after penicillin’s discovery, scientists discovered and named the molecules it hinders: penicillin-binding proteins, which glue together cell walls’ molecular bricks. Later, they learned that stopping cell-wall construction is not enough to cause S. pneumoniae to burst; the activity of a remodeling enzyme called LytA is also required.

LytA is like a sledge hammer that breaks down parts of the cell wall. Normally, this breakage lets cells grow and divide. But if the enzyme “works overtime,” Bernhardt says, it can cause cells to burst. So, he reasoned, there must be something keeping LytA’s remodeling work under control.

HMS postdoctoral fellow Josué Flores-Kim started searching for it. What he found involves an enzyme called TacL and a duo of molecules that control LytA’s location and, consequently, its activity.

Flores-Kim explains that TacL helps make a chain-like molecule that resides in the cell membrane. A similar molecule dwells in the cell wall. These two molecules act as competing magnets for LytA, Rudner says. Normally, the membrane-based magnet keeps LytA stuck in the cell membrane, away from the wall. But if TacL is deleted – or degraded, as occurs after penicillin treatment – the wall-based magnet gets the upper hand: LytA (and its sledge-hammering power) moves to the cell wall. There, unimpeded, the enzyme does major structural damage – allowing water to seep in and blow up the cell.

“The finding that TacL is required to prevent bacteria from exploding suggests it would be a good antibiotic target,” Bernhardt says. “If we can block its activity with a drug, the cells will burst.” What’s more, because many bacteria produce similar molecular “magnets,” the team believes their results could also apply to a host of other disease-causing bacteria.