How to Keep Students in Science

Thousands of undergraduates engage in real scientific discovery through HHMI’s Science Education Alliance. A new analysis finds that they are more likely to persist in science than students who take traditional laboratory courses. 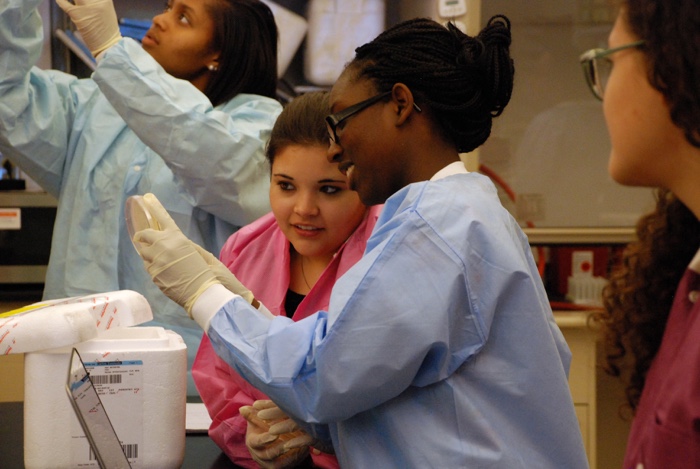 Over the last nine years, more than 8,800 bacteria-infecting viruses have been discovered by students exploring scientific research for the first time – most during their first year of college.

These student-scientists are part of a global community of researchers working through the Howard Hughes Medical Institute's (HHMI) Science Education Alliance to isolate and characterize bacteria-infecting viruses called bacteriophages. More than 16,000 students have contributed to this massive exploration of microbial diversity through a yearlong course called SEA-PHAGES (Science Education Alliance-Phage Hunters Advancing Genomics and Evolutionary Science). According to a new analysis, the experience has had a substantial impact on the way students think about science and themselves.

The findings, reported online the week of December 4, 2017, in the journal the Proceedings of the National Academy of Sciences, suggest that students who engage in authentic research through programs like SEA-PHAGES are more likely to stay in science than students who take traditional introductory biology courses. “Compared to students at the same institutions who are taking traditional lab courses, students in this course score much higher in categories that correspond to persistence in science,” says David Asai, HHMI’s senior director for science education.

More than 100 colleges and universities now participate in SEA-PHAGES, which launched at a small cohort of schools in 2008. HHMI’s Science Education team and HHMI Professor Graham Hatfull's group at the University of Pittsburgh administer the program, training faculty and supporting the network of participants. This structure allows SEA-PHAGES to bring its course-based research experience to students anywhere, including to institutions that lack their own research infrastructure.

The SEA-PHAGES team considers the program an inclusive research education community, or iREC – a new model for science education that they say has the potential to be transformative. “It seems that this model can deliver these kinds of experiences to students regardless of who they are, where they are, or where they come from,” Asai says.

To assess SEA-PHAGES’s impacts, David Hanauer, a professor at Indiana University of Pennsylvania, developed an assessment instrument that focuses on five aspects of student attitudes that influence their intent to persist in science. Years of development and validation are behind the Persistence in the Sciences (PITS) survey, but Hanauer says the concept is simple. “We looked into the psychological traits that tie into the identity aspects of being a scientist,” he says. “If you have a sense that ‘this is my work,' you have a sense that ‘I can do this,’ you have a sense that you could be a scientist, you believe in the value of science, and you’re talking to people about how you are a scientist – then you’re going to stay in the sciences.” 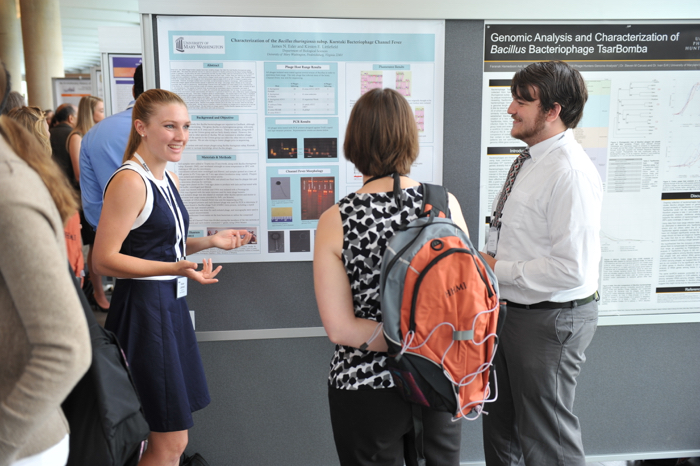 By comparing responses from 2,850 students at 67 institutions, Hanauer and colleagues analyzed the data and determined that SEA-PHAGES is more successful than traditional laboratory courses in developing nearly all of these traits. Students’ confidence in their abilities as scientists were equivalent between the two groups, and Asai says even this was reassuring, since real science involves failures and frustrations that students are less likely to confront in a standard course. 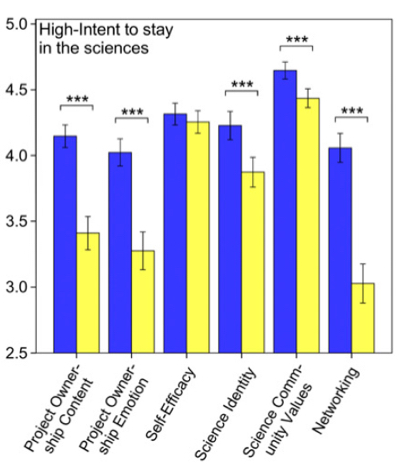 Importantly, the gains were consistent among all subgroups that the team analyzed: first-generation college students, women, minorities who are underrepresented in the sciences, and men from underrepresented minority groups. Likewise, survey responses were similar regardless of students’ gender, ethnicity, or the socioeconomic status of their parents. Students at community colleges, research universities, and liberal arts colleges responded similarly, as well. “The data show the inclusive nature of the experience really nicely,” Hatfull says.

HHMI is continuing to expand SEA-PHAGES, bringing new institutions into the community and engaging even more students. SEA-PHAGES’s administrative costs per student decrease as the number of schools participating in the program grows, Hatfull says. That incentivizes scaling up the program, which is often difficult with other research-based courses. With the right project, investing in iREC development has the potential to both meaningfully advance a research agenda and significantly impact students, he says.

“We’ve been doing this for 10 years, and we’re very happy to advise people who have ideas about developing their own iRECs,” adds Asai. “With this model, we can begin to think about delivering experiences like this to all students.”