The HHMI Medical Research Fellows Program allows exceptional MD, DVM, and DDS students to shift course and conduct rigorous research at top institutions throughout the US. 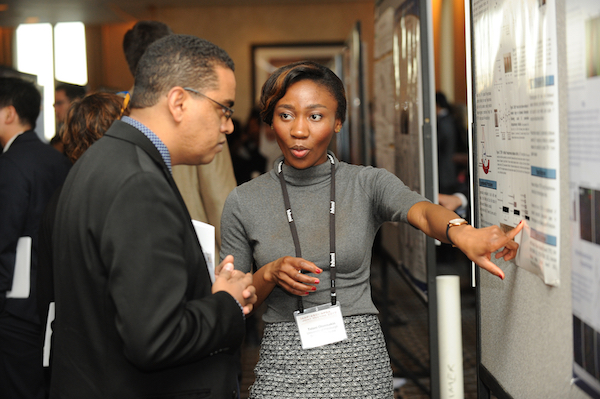 The Howard Hughes Medical Institute’s (HHMI) Medical Research Fellows Program has selected 79 talented medical and veterinary students to conduct in-depth, mentored biomedical research. Fifty-three percent of the awardees are female, the greatest representation of women in the program to date. Starting this summer, each fellow will spend a year pursuing basic, translational, or applied biomedical research at one of 32 academic or nonprofit research institutions across the United States. Each medical fellow receives $43,000 in grant support, and fellows are eligible to apply for a second year in the program.

“The Med Fellows Program allows exceptional MD, DVM, and DDS students to effectively shift course and conduct rigorous research at top institutions throughout the country,” says David Asai, senior director in science education at HHMI. “It’s an extraordinary opportunity for future physicians, veterinarians, and dentists to explore the intersection of medicine and scientific discovery, and we hope that each student comes away further empowered to pursue a career as a physician-scientist.”

Now, 28 years after the Med Fellows Program was first launched, it has helped more than 1,700 medical, veterinary, and dental students establish a foothold in the research world. In this year’s group, 18% of the fellows are from minority groups typically underrepresented in the biomedical sciences, and seven fellows will continue their research for another year. Tolu Rosanwo, a second-year fellow and medical student at Case Western Reserve University School of Medicine, says the program is a gift, but for Rosanwo, it was a gift that left her wanting more.

“I couldn’t leave just as my research was starting to show promise,” she says. “I’m still intrigued by my initial question, and I want to see it through.”

That initial question dates back to Rosanwo’s childhood, growing up with two siblings with sickle cell anemia. Her curiosity about what caused them to be sick turned into a committed desire to understand and contribute to a treatment for the disorder. Now, in the laboratory of George Daley, Dean of Harvard Medical School and an alumnus of the HHMI Investigator Program, she’s trying to tackle that question. “An important and profound place to be is in between science and patients,” she says. “I want to be a physician whose patient care is informed by research, and vice versa.”

Anna Cheng, a first-year fellow and current medical student at University of South Florida Morsani College of Medicine, started dabbling in the scientific method as a high school student. Science had always interested her, but when her best friend and her godmother found themselves in a fight against cancer, Cheng decided to narrow her scientific focus.

“My best friend was diagnosed with leukemia and my godmother with ovarian cancer. I wanted to understand why – to figure it out,” she says. “Yes, I was interested in cancer research, but I had personal factors that really drove me.”

During her undergraduate studies at Duke University, Cheng continued to make time for lab research, fitting it in over summers and in between coursework. And though she valued the experiences, the fleeting glimpses of bench time only whet her appetite for more. The Med Fellows Program, she says, provided her the opportunity for more sustained exposure to research.

“I feel so fortunate, because now I get to pursue a project for an entire year,” she says. After a thoughtful pause, she amends her statement. “But the program’s experience isn’t really just a year. It’s something that will serve me well for the rest of my career.”

The Med Fellows Program takes a multilevel mentoring approach to help incoming fellows get off to a strong start, make new connections, and access a network of support throughout their fellowship year. Various meetings bring the fellows together to connect with newly minted Med Fellow alumni, early-career faculty, and senior investigators to participate in seminars and learn from physician-scientists at various career stages. The most direct form of support comes from each fellow’s mentor. Cathy Wu, an alumna from the early days of the Med Fellows Program and associate professor at the Dana-Farber Cancer Institute, will be mentoring her third Med Fellow this fall.

“The fellows are such a terrific bunch – they’re brimming with enthusiasm, super smart, and eager to learn,” Wu says. As someone who took great inspiration from her own mentors as a student in the program, Wu emphasizes that the mentor-mentee relationship is a crucial part in learning how to approach investigation.

“Part of the Med Fellows Program is getting a sense of the opportunities and resources available – having the latitude to explore and learn about the investigative process. When I was a fellow, the program helped me cement research as part of my medical career,” she says. “I’m eager for these students to have their year, too.”