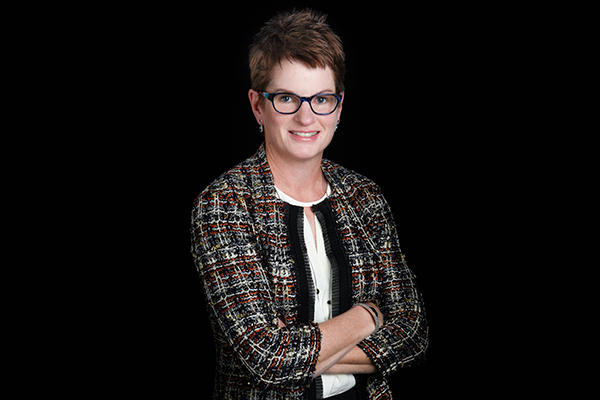 O’Shea will succeed Robert Tjian, HHMI’s president since 2009. Tjian announced last year that he would step down and return to the University of California, Berkeley.

Kurt Schmoke, chairman of the HHMI Trustees and head of the committee that conducted the search, commented: “We’re delighted to welcome Dr. O’Shea into her new leadership role as the next president of HHMI. She is not only a distinguished scientist but also a leader committed to advancing HHMI’s unique role in the research community. Going forward, Dr. O’Shea will build on her accomplishments at HHMI, as well as the success of outgoing HHMI President Bob Tjian. We look forward to this exciting new chapter.”

O’Shea, 50, is a leader in the fields of gene regulation, signal transduction, and systems biology. An HHMI investigator since 2000, she has served on the faculty of Harvard University and the University of California, San Francisco. She is a member of the National Academy of Sciences and the American Academy of Arts and Sciences. O’Shea received her undergraduate degree in biochemistry from Smith College and her PhD degree in chemistry from the Massachusetts Institute of Technology.

Since joining HHMI in 2013, O’Shea has worked to enhance diversity in science, and to expand the institute’s support for researchers across career stages and its collaborations with other funders, including the Bill & Melinda Gates Foundation, the Simons Foundation, and the Wellcome Trust.

“HHMI pursues high-risk, high-reward science that can change the future,” said O’Shea. “I’m honored to have the opportunity to lead the institute, and I look forward to the important work ahead.”

The Howard Hughes Medical Institute plays an important role in advancing scientific research and education in the United States. Its scientists, located across the country and around the world, have made important discoveries that advance both human health and our fundamental understanding of biology. The Institute also aims to transform science education into a creative, interdisciplinary endeavor that reflects the excitement of real research. HHMI's headquarters are located in Chevy Chase, Maryland, just outside Washington, D.C.