Neuroscientist Cori Bargmann will discuss "Ancient Molecules and the Modern Brain: Understanding our Social Nature," at Janelia on September 18. 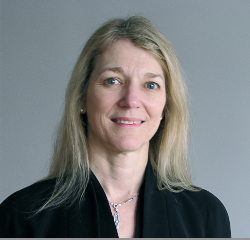 Bargmann will speak on Wednesday, September 18, 2013, at 7 p.m. The lecture, part of an ongoing series called “Dialogues of Discovery at Janelia Farm,” is free and open to the public, but tickets are required for admission. Seating is limited to 250 people. Doors will open at 6:30 p.m.

Tickets will be available on a first-come, first-served basis, beginning at noon EDT, Monday, August 19. At that time, tickets can be ordered at https://t9.extremetix.com/Online/?siteID=1198.

Bargmann’s research team at Rockefeller studies the relationships between genes, circuits, and behaviors in a popular model organism, the nematode worm Caenorhabditis elegans. During the lecture, Bargmann will discuss the fascinating links that neurochemical signals in the brain have to behavior and cognition. Through studies of genes and molecules that have been conserved over hundreds of millions of years, she and her colleagues have revealed neural processes that regulate fundamental behaviors in simple animals. Her team’s discoveries provide insight into the building blocks of complex behaviors in other animals, potentially including humans. Bargmann will explain how ancient molecules impact modern brains and social behavior.

Bargmann is the Torsten N. Wiesel Professor and co-Director of the Shelby White and Leon Levy Center for Mind, Brain and Behavior at Rockelfeller. She is a member of the National Academy of Sciences, the American Academy of Arts and Sciences, and the American Philosophical Society, and has received many honors including the 2013 Breakthrough Prize in the Life Sciences and the 2012 Kavli Prize in Neuroscience. In 2013, she was named co-chair of the NIH planning group for President Obama’s BRAIN Initiative.