A New Strategy to Build Capacity for Creativity 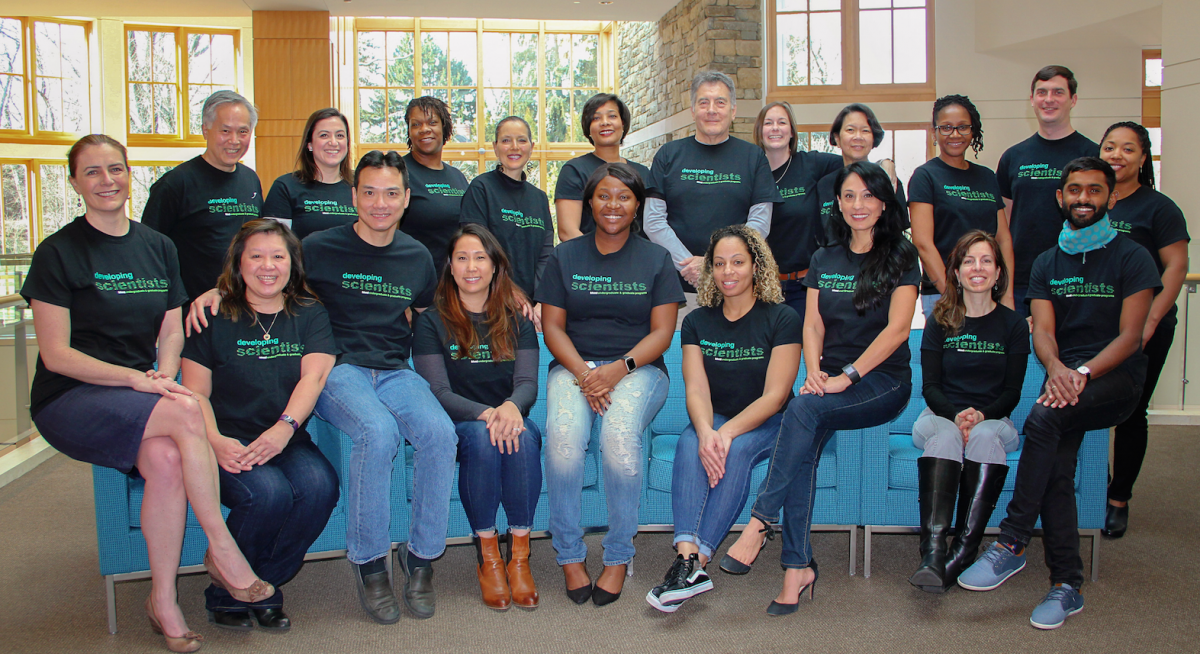 There was a time when most people who attended college were single white men, had high school diplomas, started college at age 18, graduated in 4 years, had all the academic preparation needed to succeed, and had few family responsibilities. In the 21st century, this is not true. Today, students come from diverse backgrounds, have widely divergent levels of preparation, may be returning to college after years in the workforce or serving the U.S. military, and often are employed while in college to support themselves and families. Higher education needs to acknowledge these differences among students and work to accommodate them by creating more entry points and pathways to STEM degrees. Engage to Excel1

The Opportunity and Challenge of Diversity

Achieving science excellence depends on our ability to engage a diverse community of scientists that discovers creative solutions to difficult problems.3 Thus, the “new majority” of students presents an enormous opportunity as well as an existential challenge.  If we can capture the talent and energy of this dynamic diversity, science gets better. If we fail, then science has no future. The undergraduate years are critical because they are when students begin to develop scientific thinking skills in an organized fashion.4

The recognition that diversity is important is not a new insight. Many interventions — including, for example, apprentice-based research experiences, summer bridge programs for incoming freshmen, and student learning communities that provide peer-led tutoring — have been designed and deployed to increase participation of students from groups underrepresented in science.

These activities, while often beneficial for the participating students, are not sufficient to reverse the momentum of disparity. Undergraduate success rates continue to be tied disproportionately to socioeconomic status, race and ethnicity, family history in higher education, and whether the student transferred from community college.5-8 The disparities are real, they persist, and they grow larger because the educational system cannot keep up with of the rapidly changing demographics of the nation.

So what is missing? All too often, our efforts have been focused on “fixing the student” while not critically examining the institutional culture and learning environment. The scientific community needs to shift the locus of responsibility from the students to the schools.

Launched in 1988, the HHMI institutional grants program aims to improve undergraduate science education in the United States. In the first phase of the program (1988-2014), more than 770 grants were made to 285 different institutions through 16 separate competitions. The grants provided funds for undergraduate summer research experiences, the creation of new courses, outreach to K-12 students and teachers, and hiring new faculty. The 16 competitions alternated between research-intensive universities and primarily undergraduate serving institutions. Each competition chose approximately 200 schools that were invited to apply; these institutions were invited based on their research track records and the numbers of undergraduates who historically go on to advanced degrees in science and medicine. During this first phase of the institutional grants program, HHMI grantees received support to explore ways they could effectively help students learn science.

1. Inclusive Excellence focuses on institutional capacity change. In contrast to supporting activities aimed at the student, Inclusive Excellence emphasizes improving the student’s environment. The objective of the Inclusive Excellence initiative is to help schools find ways to significantly increase their capacity for inclusion so that students from all backgrounds — especially those from groups underrepresented in science — can excel. Increasing capacity can involve helping faculty learn the skills characteristic of an inclusive learning environment, revamping curriculum so that students can successfully enter via different “on-ramps” and large numbers of students can engage in authentic research early in their undergraduate tenure, and reexamining institutional policies and procedures so that faculty and staff will be encouraged to create an inclusive campus climate — and rewarded for doing so.

2. Inclusive Excellence is an open competition. While past accomplishments might help shape an institution, they do not predict which schools will generate good ideas. And useful lessons are not segregated by institution type. In contrast to selecting a relatively small number of schools that may apply, the Inclusive Excellence initiative is open to the more than 1,800 accredited, not-for-profit U.S. colleges and universities that offer a four-year degree in one or more of the natural sciences. In the first round of the competition, 511 schools submitted pre-proposals from which, after extensive expert review, we invited 91 full proposals. Eighty-nine schools submitted full proposals, which were subjected to multiple rounds of review by leading scientists and science educators. This summer, 24 schools — of all institution types — were awarded IE2017 grants. The 65 schools that submitted full proposals in the first round but were not awarded grants are encouraged to reflect on the reviewer critiques and submit revised proposals in the second round. In addition, another 49 schools, drawn from 301 second round pre-proposals, are invited to submit full proposals.

3. Inclusive Excellence is a collective experiment. Rather than a portfolio of independently-acting grantees, the Inclusive Excellence grantees will comprise a community joined together by the collective goal of understanding how institutions can increase their capacity for inclusion. Informed by its particular context, each school will engage in a series of experiments, and it is important that the outcomes of these experiments are shared with other grantees as well as the larger higher education community. To provide an independent and ongoing assessment of the progress on each campus as well as an overall evaluation of the initiative, we have partnered with the Association of American Colleges and Universities (AAC&U). The AAC&U Inclusive Excellence Commission will help the grantees and HHMI understand how change with respect to inclusion might be occurring on campuses and disseminate these findings to the greater higher education community.

Toward a Culture of Creativity and Inclusion

In The Geography of Genius, Eric Weiner9 travels through history to ask why certain places at certain moments in time were effective incubators for genius. Weiner identifies three characteristics:  (1) Disorder — things are uncomfortable, the status quo is being challenged, there are forces applying pressure on the system; (2) Discernment — the system is able to recognize and take advantage of good ideas; and (3) Diversity — new people from outside the status quo bring new ideas, new perspectives, and new approaches.

What, then, will be higher education’s version of ancient Athens in which we foster a culture for creativity? Two of Weiner’s elements appear to be in place. We have disorder: This is a moment in our history in which powerful external and internal forces are being applied to science and higher education. And we can be discerning: During the years coinciding with the first phase of HHMI’s institutional grants program, the science education community has learned how to design and measure the effectiveness of interventions.

What we haven’t yet attained is the third element, diversity. Our difficulty is not one of recruiting — diversity is already all around us. Rather, our challenge is to find ways to grow in our capacity for inclusion so that the new majority students not only appear, but thrive and drive the creation of a culture for creativity. The responsibility is on us, and if we step up, we can achieve science excellence.