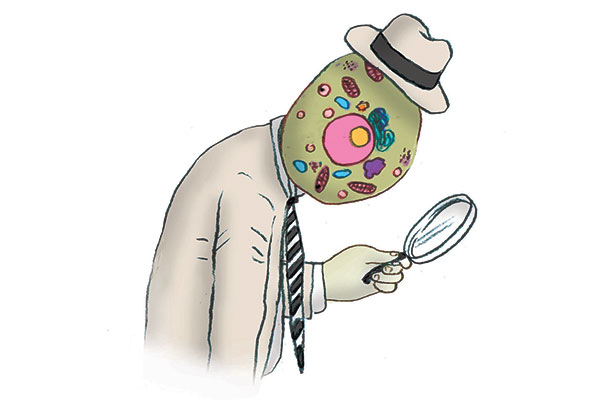 Like intricate pieces of origami, proteins need to be folded in just the right way. An incorrect bend here or an extra loop there can render a molecule useless—or even toxic—to the body. To dispose of these defective proteins, cells detect misfolded proteins and tag them with a protein called ubiquitin, marking them for degradation.

In the yeast Saccharomyces cerevisiae, there are two well-established roving protein complexes that add ubiquitin to proteins in the endoplasmic reticulum (ER). One complex is for proteins whose misfolded domains occur in the cytosol, and one is for proteins with misfolded domains in the lumen or membrane of the endoplasmic reticulum. International Early Career Scientist Pedro Carvalho recently uncovered a third complex that targets proteins associated with a specialized ER domain in the inner nuclear membrane (INM).

When Carvalho and his team at the Center for Genomic Regulation in Barcelona, Spain, removed the two known protein patrol complexes from yeast, they noticed that some molecules were still being disposed of, suggesting that another scout was at work. As they reported September 18, 2014, in Science, this mystery warden turned out to be the Asi complex—a gang of three molecules in the INM that not only get rid of misfolded proteins, but also remove certain correctly folded proteins that are incorrectly directed to the INM.

Carvalho and his team are now looking for other proteins that bind to this patrol complex.