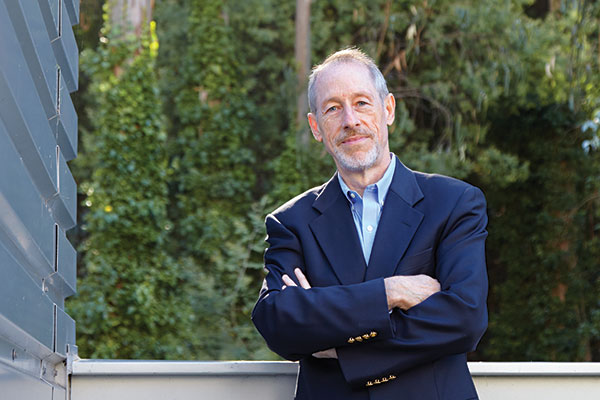 Long associated with allergies and parasitic infections, a rare immune cell now appears to have a role in other bodily processes as well.

When Richard Locksley attended grade school in the 1950s, peanut butter sandwiches were a lunchtime staple. Yet “by the time my kids went to school, they were outlawed,” says the HHMI investigator at the University of California, San Francisco.

Allergies to nuts and other foods soared 50 percent between 1997 and 2011. The symptoms—rashes, breathing trouble, and even life-threatening anaphylaxis—are due to overblown inflammatory responses. Asthma, another condition traced to hyperactive immune cells, is also on the rise.

That poses a conundrum. “Why would we evolve an immune response to torture ourselves?” Locksley wondered.

Recent work by the physician-turned-scientist suggests the answer may lie in unusual lymphoid cells that sense nutrient intake in the gut. According to conventional wisdom, immune responses linked to allergic inflammation serve to protect us from intestinal worms. After all, the branch of the immune system blamed for allergy and asthma—“type 2 immunity”—also helps fend off parasitic worms known as helminths.

The same T cells can kill you or help you. Something’s different about them, and I wanted to find out what.

But Locksley saw holes in this line of thinking. For one, scores of vertebrate animals in the wild have worms. “They don’t get asthma or allergy—but we do,” he says.

Plus, he adds, “In developing countries, where people run around barefoot, 100 percent of the population has intestinal helminths. They come from the soil and water.” Infected individuals have heightened type 2 immunity yet can’t clear the worm; disease symptoms often don’t show up for years, if at all.

Clues to the conundrum came when Locksley considered a different vantage point: the worm’s. Could it be that worms tap into metabolic pathways that allow them to thrive in the human gut for decades?

The journey that led Locksley to explore this possibility began in the 1980s. As a postdoc, he became fascinated with the parasite Leishmania. In one mouse strain, Leishmania infection swelled the animals’ footpads but seemed otherwise harmless. Yet in another strain, the parasite made the mice waste away and die. Through cell transfer experiments, researchers had learned that certain lymphocytes—CD4-expressing T cells, or “T helper cells”—determine if a mouse resists or succumbs to Leishmania infection.

“The same T cells can kill you or help you. Something’s different about them, and I wanted to find out what,” recalls Locksley.

It turns out that CD4 T cells are not homogeneous. These T helper (Th) cells assume different roles governed by their release of signaling proteins known as cytokines. Mice that produce mostly “Th2” cytokines—interleukin-4 (IL-4) and interleukin-13 (IL-13)—succumb to infection by Leishmania, Locksley and colleagues discovered. But mice that mainly make “Th1” cytokines, such as interferon gamma, resist infection.

At the time, scientists thought that subsets of CD4 T cells were the source of these cytokines. But when Locksley’s team deleted the IL-4 and IL-13 genes in mouse CD4 cells, the animals could still fight off certain worms. However, blocking these cytokines with antibodies rendered the mice defenseless. This suggested that some other cell type also supplies the cytokines.

To find the mystery cells, the researchers fluorescently tagged these cytokine genes in mice to see where the cytokines were expressed. They discovered that a rare cell—type 2 innate lymphoid, or ILC2—was a potent source of IL-13 and IL-5, a related Th2 cytokine.

Unlike most immune cells, ILC2s do not circulate in blood. Instead, they reside in skin, heart, lung, and, most prominently, small intestine and fat tissue. “That changed the game,” Locksley says.

His lab’s recent discovery of ILC2’s role in metabolism challenges longstanding beliefs about other immune cells, including eosinophils. Implicated as initiators of allergic inflammation and in fighting worm infections, eosinophils can also accumulate in the small bowel—but no one knew why. “Some survival factor must be dialed up, because otherwise you wouldn’t see these cells there,” Locksley says. “They’re too rare.” 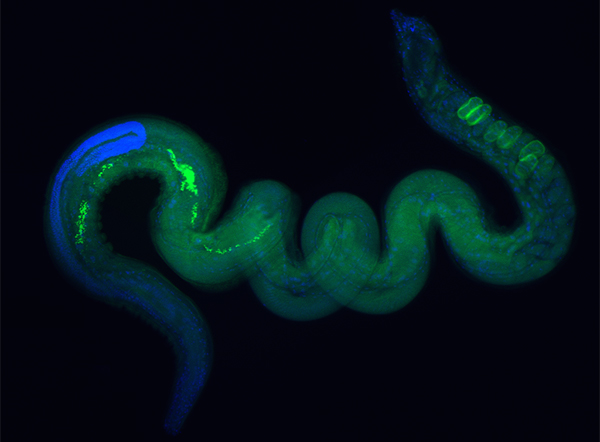 Analyzing reporter mice, his team identified that survival factor as IL-5, a cytokine produced by ILC2s in the small bowel. The results appeared in October 2013 in Nature. Earlier that year, Locksley and colleagues reported in the Journal of Experimental Medicine that ILC2s sustain eosinophils in fat tissue, too.

More recent work from Locksley indicates ILC2s also help keep lungs healthy. His team triggered asthma in mice by spraying purified chitin into their lungs. Chitin, the biopolymer that makes insect bodies brittle, is also found in molting helminths and their eggs, as well as in other common urban allergens such as fungi and molds. Locksley’s team determined that chitin unleashes molecular signals that activate lung ILC2s in the mice. Turning on these Th2 pathways proved essential for restoring lung health, the team reported in March 2014 in Immunity.

The findings call into question the assumption that ILC2s, and the Th2 immune responses they activate, serve primarily to ward off parasitic worms. Instead, Locksley says, it might be that worms exploit “metabolic pathways that are good for tissues in order to expedite their own survival and replication over many years.”

By exploring the signals that guide ILC2s in metabolism and other bodily processes, scientists may learn how to calm asthma and allergic reactions. Perhaps PB&J can even return as a school lunch standby for Locksley’s grandchildren.