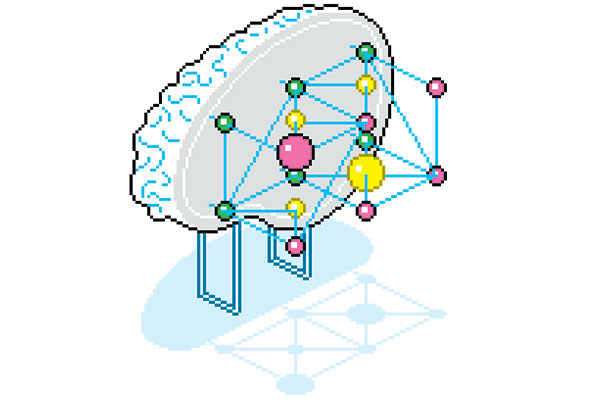 The neurons in the brain’s hippocampus store recent information about people, places, and events. But how does the hippocampus avoid running out of storage space if, say, an environment is larger than predicted or an experience goes on longer than expected? According to Janelia Group Leader Albert Lee, it’s all about division of labor.

Lee and his team created a 48-meter-long maze and recorded which neurons in the hippocampus fired when a rat explored a small area of the maze for the first time. Then the researchers incrementally increased the portion of the maze the animals could access and monitored how the brain added the new information to its spatial map.

As they reported August 15, 2014, in Science, the team discovered that each neuron contributes to the map at its own rate. As the rat explored the maze, some cells fired early and often and associated themselves with the new space immediately, while others held back. These slower cells rarely contributed unless the space expanded beyond the original size captured by the early-firing neurons.

“Instead of the hippocampus having to adjust in time as the animal notices that the maze gets larger, it anticipates all different sizes of mazes from the beginning,” Lee says. “It does this by dividing up its population of neurons so that certain cells are ready to represent smaller mazes, others are ready to represent medium-size mazes, and still others, large mazes.” Lee believes that similar mechanisms are at work when the human brain records a new experience.

How the Brain Makes Sense of Spaces, Large and Small
News