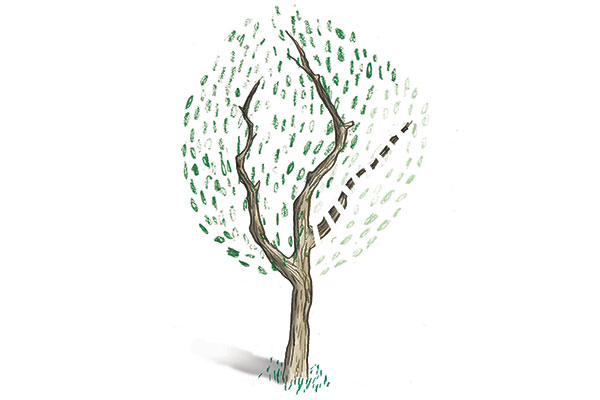 About 8,000 years ago, a band of brown-eyed, pale-skinned farmers made their way to Europe from the Near East. They mingled with the indigenous blue-eyed, swarthy hunter-gatherers, and their offspring eventually became modern Europeans. But that might not be the entire story. HHMI Investigator David Reich of Harvard Medical School has found evidence that modern Europeans have a third branch in their family tree.

Reich and a team of more than 100 collaborators worldwide compared the DNA of 2,345 modern Europeans to DNA in the remains of a 7,000-year-old farmer from Germany and eight 8,000-year-old hunter-gatherers from Luxembourg and Sweden. “What we find is unambiguous evidence that people in Europe today have all three of these ancestries: early Near Eastern farmers who brought agriculture to Europe, the indigenous hunter-gatherers who were in Europe prior to 8,000 years ago, and ancient north Eurasians,” says Reich.

Although nearly all modern Europeans tested showed evidence of DNA from the third group—north Eurasians—the team did not find that same DNA in ancient hunter-gatherers or ancient farmers. This means the north Eurasians came to Europe after agriculture had been established—a scenario most archaeologists had believed unlikely. The scientists’ data, published September 18, 2014, in Nature, also reveals that the first Near Eastern farmers to reach Europe had ancestors from a previously unidentified lineage, which Reich’s group named the Basal Eurasians.