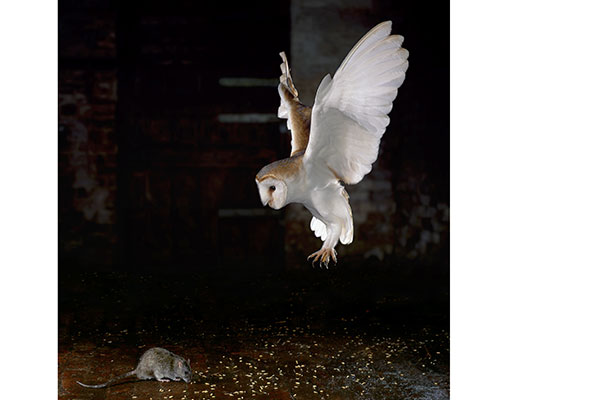 A stress hormone can flip the switch between strategic and random behavior in rats.

We’re hardwired to learn from our mistakes. But sometimes the brain abandons lessons learned and acts less strategically. In the wild, for example, animals often move unpredictably to escape predators. How the brain switches between paying attention to past experiences and proceeding randomly is clearer now, thanks to new findings from Janelia Group Leader Alla Karpova.

“Normally, we determine the best course of action strategically by making a model of the world based on all the information available to us—in other words, our experience,” explains Karpova. “But sometimes it can be better not to use all—or, for that matter, any—of that information.”

Karpova and postdoc Gowan Tervo created a game in which rats were presented with two holes, only one of which contained food. The food’s location was determined by one of three increasingly tough computer programs that learned from the rat and attempted to thwart its strategy. The first was predictable and fairly easy to beat, the second a bit trickier, and the third essentially unbeatable because the program used a very sophisticated prediction algorithm that was hard for the animal to counter-model.

The animals used a strategic approach when playing the easy opponent. But when they went up against the sophisticated competitor, they stopped basing choices on previous experience, and their decisions became haphazard. In fact, many of the rats got stuck in random mode for hundreds of trials, even when the food became easy to find—an effect resembling a psychological condition called learned helplessness.

As Karpova and Tervo reported September 25, 2014, in Cell, they discovered that altering levels of a stress hormone called norepinephrine in an area of the brain called the anterior cingulate cortex changed the rats’ operating mode. Increasing norepinephrine suppressed the rats’ strategic mode and caused them to behave randomly; inhibiting release of the hormone had the opposite effect.

“Just by manipulating a single neuromodulatory input into one brain area, you can dramatically enhance the strategic mode,” says Karpova. “The effect is strong enough to rescue animals out of the random mode and successfully transform them into strategic decision makers.”

Karpova suspects that the same neural mechanisms govern the way humans act, which could lead to a future therapy for learned helplessness.

Strategic or Random? How the Brain Chooses
News