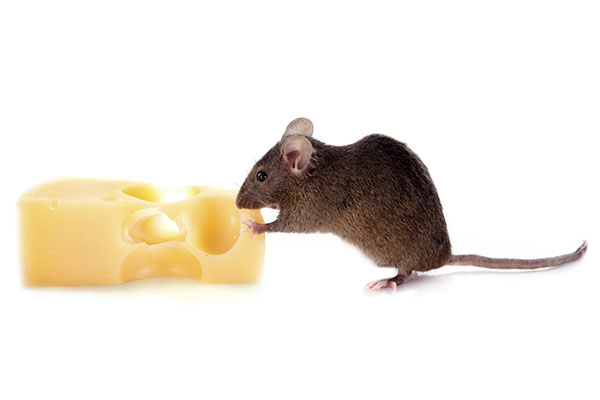 Sometimes science is serendipitous. Researchers—like HHMI Investigator David Anderson—occasionally find something they weren’t looking for. In Anderson’s case, the accidental discovery was a few thousand cells that turn appetite on and off.

Harnessing a technique called optogenetics, Anderson and his colleagues at the California Institute of Technology used a beam of light to activate a small group of neurons in a part of the mouse brain called the amygdala. In earlier research, Anderson had pegged these nerve cells as part of the fear response. But, as the team reported in the September 2014 Nature Neuroscience, rather than eliciting fearful or anxious behavior, the light caused the mice to abruptly stop eating. The scientists were able to rule out the possibility that the animals were too scared to eat, and they also established that the neurons were also activated by bad tastes, nausea, and feelings of satiety.

“We think the neurons make up a central node that integrates the influences of multiple [feeding-inhibitory] signals and relays this information to inhibit other brain centers that normally promote feeding,” explains Anderson. Many patients with eating disorders also have emotional disorders like depression and anxiety, which may be explained by the neurons’ dual appetite and fear functions. Next, Anderson wants to examine how the nerve cells manage to regulate both feeding and emotional behaviors.