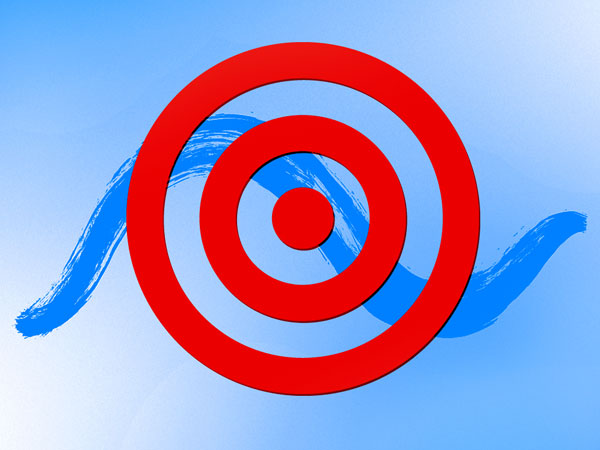 A Trick of Light
by Amber Dance

Seika Takayanagi places a dish of millimeter-long worms under a blue lamp in a darkened microscope room. At first, the worms squirm across the plate, leaving S-curved tracks behind them.

But 15 minutes later, when she switches off the lamp, something has changed. The tiny Caenorhabditis elegans worms are curled up, sluggish. The blue light started a process that kills a specific portion of their motor neurons. Within a few hours, those neurons, which enable the worms to move, start to disintegrate. By tomorrow they will have vanished—exactly what Takayanagi wants.

How does killing cells help Takayanagi, a graduate student in the lab of Yishi Jin, an HHMI investigator at the University of California, San Diego (UCSD), understand biology?

Suppose you were an alien trying to understand the sport of soccer. You could bench different positions in turn—the goalie, the forwards, and so on—and see how well the team performed. By analyzing what was missing, you could figure out each player’s role.

Scientists use a similar strategy in the lab, eliminating parts of a living system one by one to figure out what they do. In collaboration with Roger Tsien, also an HHMI investigator at UCSD, Jin’s group accomplishes the cellular assassination by using a molecular bull’s-eye they situate inside the cells. The target is a small protein called miniSOG (short for mini-singlet oxygen generator). Jin and her colleagues add the gene for the miniSOG protein to the cells, which make the protein. The miniSOG protein attaches itself to the mitochondria, organelles that generate the cell’s energy and are essential for survival.

When miniSOG protein takes in blue light, it converts ordinary oxygen into a short-lived, excited state called singlet oxygen, which reacts with and changes the molecules around it. The singlet oxygen destroys the mitochondria’s delicate machinery. The scientists don’t know how this event kills the cell, but damaged mitochondria typically release toxic molecules.

Jin’s team has used miniSOG to study a set of worms that have seizures. By destroying different neurons and then examining the worms for seizures, they were able to figure out which nerve cells sent the signal to convulse, as reported in the May 8, 2012, issue of theProceedings of the National Academy of Sciences. Takayanagi uses miniSOG to study how zapping specific motor neurons affects the worms’ crawling.

MiniSOG was not developed merely to poison cells from within, however. Xiaokun Shu in Tsien’s lab invented it as a genetically controlled way to use light to make singlet oxygen, which is so short-lived that it cannot travel far from the miniSOG molecule. Singlet oxygen can locally convert special organic compounds into black spots visible by electron microscopy, so that any protein tagged with miniSOG can be seen at high resolution, as the researchers described in PLoS Biology in 2011.

Singlet oxygen can also damage proteins in its immediate vicinity. Shu and Tsien wanted to test whether illuminated miniSOG could be harnessed to kill cells or proteins selectively in a transparent animal with easily controllable genetics. They therefore collaborated with Jin, who is an expert on worms with those desirable properties.

When Jin’s team attached miniSOG to mitochondria in different ways, some of which made worms slow and sickly upon illumination, they were intrigued. When they looked more closely, they saw that miniSOG-toting cells shriveled and disappeared within a day of blue light treatment. Neighboring cells were unaffected, and the body cleared away the pieces of the deceased cell.

That’s neat and clean compared with the classic method used to squelch nematode cells, via a laser beam. It sounds simple—point and shoot—but it’s tricky, Jin says. Scientists have to aim precisely at the cells they want to destroy. And in older worms with thick bodies, the laser has to pass through several layers of tissue. “Damage to surroundings is inevitable,” Jin says.

Researchers can also genetically engineer a suicide gene to remove particular cell types. A genetic switch activates the gene at a specific time in the worm’s development. But there is a limited selection of these switches, and scientists can’t trigger the cell’s death whenever they choose.

Both techniques are useful, Jin says. But her method combines a genetically encoded bull’s-eye with the freedom to activate it on demand. Plus, “It’s just easy,” Jin says.

Jin has shared the miniSOG gene with dozens of other labs that study C. elegans and with researchers who study zebrafish and cultured cells. MiniSOG should be able to kill any light-accessible cell, Jin says, although she is finding that some cells are more susceptible than others. For example, motor neurons are easier to kill than sensory neurons in the worm.

She and the Tsien lab are working on another version of the technique, placing miniSOG in cellular locations besides the mitochondria. This approach leaves the whole cell alive but specifically destroys just the protein partnered with miniSOG. They have linked miniSOG to proteins in the synapse, the junction between two nerve cells where the cells talk to one another. Now they can observe what happens when they interrupt that conversation with light.