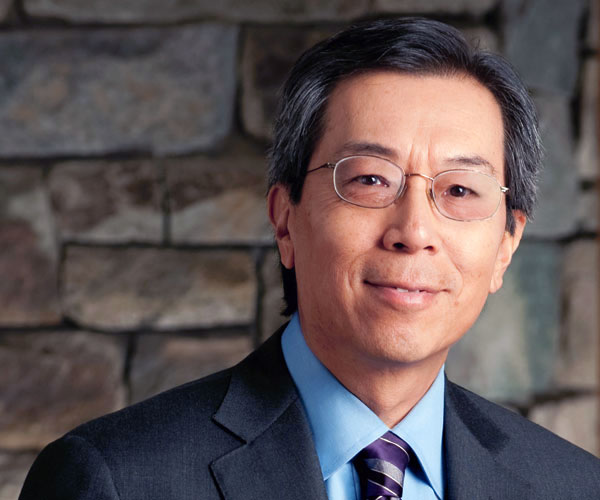 In anyone’s life, there are singular moments that stand out: graduation from college, marriage, the birth of a child. And in the life of an institute such as HHMI, there are exceptional events that hold particular significance. This October, I was honored to be present at one such event—the official opening of the KwaZulu-Natal Research Institute for Tuberculosis and HIV, or K-RITH, in Durban, South Africa. The culmination of sustained efforts by many individuals, in this country and in South Africa, this initiative brings a new dimension to HHMI’s commitment to international research.

It was particularly moving for those of us—HHMI Trustees and officers included—who had the opportunity to visit clinics and see firsthand the devastating impact that coinfection with TB and HIV is having on the people of South Africa. It was an eye-opener to see hundreds of infected patients waiting for treatment. Knowing that the scenario was likely repeated in many other clinics and hospitals around the province brought home the importance of the mission of K-RITH. If we can actually make an impact on drug-resistant TB—devising a better diagnostic, for example—that could be as big as developing the Salk polio vaccine. In the process, we will have helped establish a center for research excellence in South Africa, training African scientists on their home soil. With recruitment of scientists well under way and the state-of-the-art laboratory building now open, the work begins in earnest.

While in South Africa celebrating K-RITH’s milestone, we were thrilled to hear the news that the 2012 Nobel Prize in Chemistry was awarded to HHMI investigator Robert Lefkowitz of Duke University Medical Center and Stanford University’s Brian Kobilka, who trained in the Lefkowitz lab and is an HHMI alum. An investigator for a whopping 36 years, Bob Lefkowitz exemplifies the HHMI investment: big thinkers who continuously produce good science and who inspire the next generation to do the same.

In the life of an institute such as HHMI, there are exceptional events that hold particular significance.

This Nobel was awarded for work confirming the physical existence of G-protein-coupled receptors—a family of cellular signaling receptors now known to be ubiquitous—and solving the structure of one such receptor, for adrenaline. Solving a protein structure is no easy task. Indeed, the technical challenges sometimes require years to overcome, as they did for Brian Kobilka. A quarter century ago, the leaders of HHMI took note of those challenges and launched, in 1986, a structural biology program to lend much-needed support for a field they believed held great potential (see “A Structural Revolution”).

A prescient decision, the infusion of funding from HHMI led to technologies and discoveries that have fundamentally advanced our understanding of the relationship between protein structure and function. Still a remarkably robust program, it now includes 36 investigators at 24 institutions. Over the years, three of our structural biologists—Johann Deisenhofer, Tom Steitz, and Rod MacKinnon—have themselves been awarded Nobel prizes.

Today, the field of structural biology is evolving, moving from crystallography of single polypeptides to characterization of large, macromolecular machines. Many of our researchers are tackling such projects, including some at Janelia Farm Research Campus. A major element of the work there is molecular imaging, which is a modern way to think about structural biology. We’ve recently made a big investment in a cryoelectron microscopy facility at Janelia—a powerful tool for visualizing macromolecular structures—and we are actively recruiting scientists with compatible research interests.

This kind of fresh, expansive thinking has been a hallmark of HHMI since its inception, guided in large part by its Board of Trustees. In November, we passed a particularly poignant moment as the last of the Institute’s eight Charter Trustees, Hanna H. Gray, retired from the board. Her departure marks the end of her 39 years of unparalleled service to the Institute but not the end of her influence. Her thoughtful and wise counsel stands as a shining example for us all. Following in her footsteps, we welcome Susan Desmond-Hellmann, chancellor of the University of California, San Francisco, as the newest Trustee elected to the board. An oncologist and biotechnology leader, Susan brings a strong record of practical experience and innovative thinking to her role at HHMI.

As has been true for so many institutional decisions over the years—from bringing on new Trustees to launching pioneering programs—we owe our profound gratitude to Hanna Gray. One of her last official acts as a Trustee was to travel to South Africa to celebrate the opening of the K-RITH building, which she was so instrumental in making a reality. It’s hard to imagine a better capstone for her remarkable tenure.