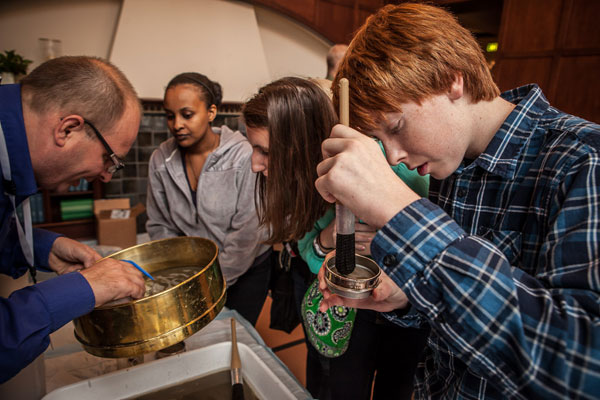 The Past, Present, and Future Earth
by Nicole Kresge

The 2012 Holiday Lectures on Science explores our changing planet.

What does the 4.6 billion year history of Earth tell us about our modern planet? Can the tiniest life forms be preserved as fossils? What clues do Earth and other planets hold about climate change? About 150 Washington, D.C., area high school students and 15 teachers from around the United States learned the answers to these questions at the 2012 HHMI Holiday Lectures on Science this past November. The lecture series, titled “Changing Planet: Past, Present, Future,” featured three leading researchers who delved into the history of life on Earth and the forces that have shaped, and will continue to shape, our ever-changing planet.

Andrew H. Knoll of Harvard University took the audience 3.8 billion years back in time, showing how the fossil record teaches scientists about the organisms that existed at different points throughout Earth history and how changes in the environment caused organisms to evolve. He described how even tiny cyanobacteria—photosynthetic bacteria, which aggregate into layered colonies that fossilize well—have left a rich historical record. Using what they’ve learned from Earth’s geological history, scientists can also evaluate sedimentary rocks from other planets, such as Mars, and make inferences about their geological past.

Presenting a 50-year historical journey, Naomi Oreskes of the University of California, San Diego, drove home the message that scientific consensus takes time. As early as the 1920s, some scientists proposed the theory of plate tectonics, which describes the Earth’s surface as a collection of plates that are constantly in motion. Yet, it wasn’t until the 1970s that the scientific community universally accepted this theory. 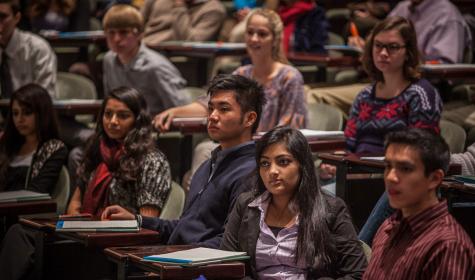 Around 150 Washington, D.C., area high school students and 15 teachers from around the United States attended the 2012 HHMI Holiday Lectures on Science this past November. 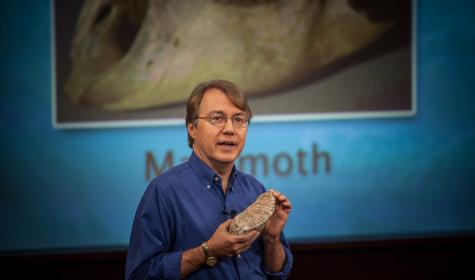 Andrew H. Knoll explained how the fossil record can be used to learn about the history of life on Earth as well as other planets, like Mars. 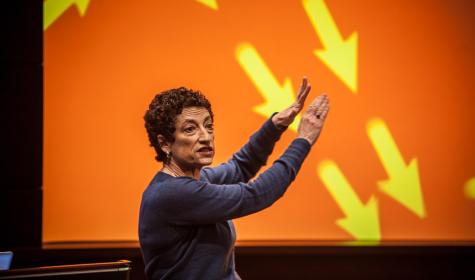 Although the theory of plate tectonics is completely accepted today, it wasn’t always so. Naomi Oreskes described how the scientific community went from doubt to consensus. 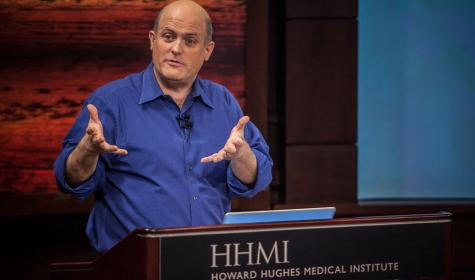 In his lecture, Daniel Schrag explained how the Earth regulates its climate, but that our use of fossil fuels is causing the average temperature to slowly increase. He urged the audience to become familiar with the facts about climate change and help family and friends make good decisions. 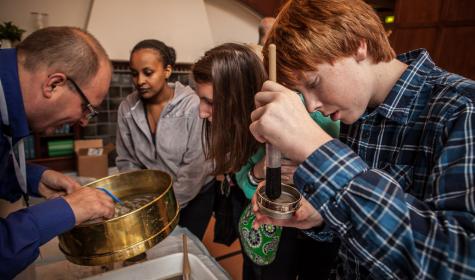 Students were treated to a lesson on how to extract fossils of single-celled amoebas called foraminifera from marine sediment. 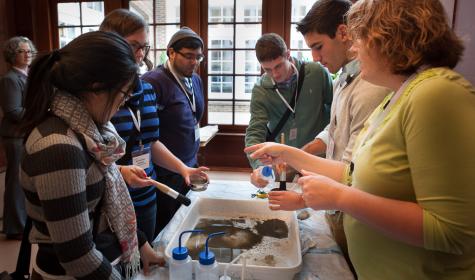 Once the students extracted the foraminifera fossils, they used sieves to isolate them. 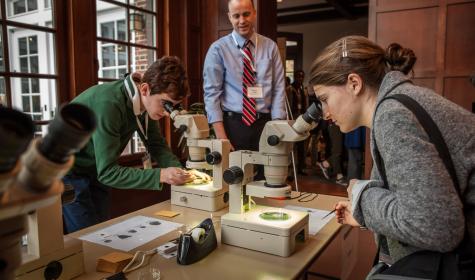 In a sobering lecture on climate change, Daniel P. Schrag of Harvard University explained that the geological carbon cycle normally keeps Earth’s temperature in check, but human use of fossil fuels is causing carbon dioxide levels to rise at unprecedented rates, resulting in global warming. Eventually—in tens of thousands of years—the planet will absorb the excess gas, but in the meantime we’ll experience extreme heat waves, melting snowpacks, rising sea levels, and drought.

Oreskes returned to the stage after Schrag’s talk and discussed the parallels between the climate change debate and earlier controversies over tobacco smoking, acid rain, and the hole in the ozone layer. She argued that spreading doubt and confusion about the scientific method was the strategy some people used to deny conclusions for which there was overwhelming scientific evidence and consensus.

The audience was also treated to a screening of the new HHMI short film, The Day the Mesozoic Died, which tells the story of the extraordinary detective work that resolved the mystery of why dinosaurs disappeared from Earth at the end of the Cretaceous period.

When the lectures ended and the students had cleared out, a group of visiting teachers were invited to stay for a few extra days to discuss key concepts presented in the talks and develop classroom resources to support the lectures.