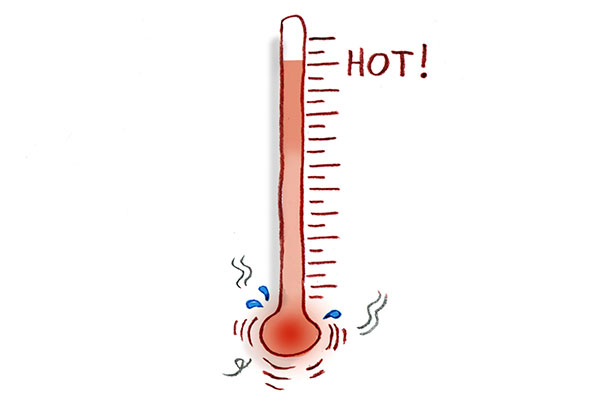 When British colonists came to Africa in the nineteenth century, they would often seek refuge from heat and disease in “hill stations.” These towns, built in the cool tropical highlands, were less likely to harbor the heat-loving mosquitoes that carry malaria. However, these and other high-altitude locations may soon be prone to malaria as well. According to HHMI Investigator Mercedes Pascual, climate change is increasing the risk of malaria transmission in these regions.

“There has been ongoing, heated debate on the role of climate change in the increased incidence of malaria observed from the 1970s to the 1990s in the East African highlands,” explains Pascual of the University of Michigan. “One challenge has been to isolate the effect of a trend in temperatures from that of many other changing factors.”

She and her colleagues sifted through malaria records dating to the 1980s from densely populated areas in the highlands of Ethiopia and Colombia, South America. They found that as temperatures increased, more cases of malaria at higher elevations occurred. When temperatures cooled, the disease retreated to lower elevations. Because the team focused on how malaria cases shift in altitude in response to yearly temperature changes, other variables that influence malaria trends, such as drug resistance and fluctuation in rainfall, were discounted.

The findings, reported March 7, 2014, in Science, underscore the need for sustained and increased intervention, including mosquito control, to mitigate the effect of climate change in these areas. Otherwise, Pascual and her colleagues have estimated, future temperature increases could result in millions of additional cases of malaria in Ethiopia alone.