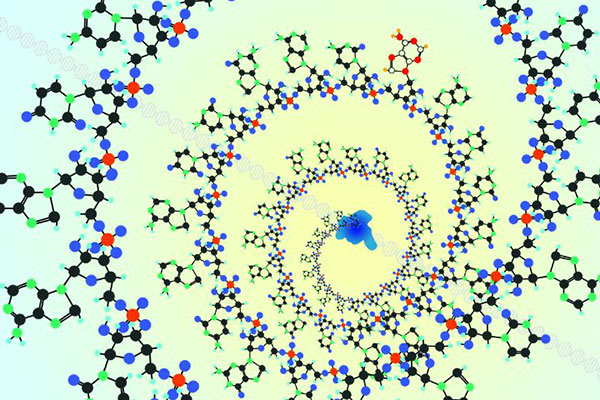 ilustration courtesy of the Cheung Lab

DNA Doesn’t Have the Last Word
by Nicole Kresge

During transcription, the RNA polymerase enzyme reads information from a strand of DNA and uses it to create RNA. It’s often assumed that the RNA is an exact copy of its DNA template. Three years ago, Vivian Cheung, an HHMI investigator at the University of Michigan, showed otherwise. She found widespread sequence differences between RNA transcripts and their template DNA in human cells. In her latest research, Cheung has pinpointed when these mismatches, or RNA-DNA sequence differences (RDDs), occur.

Cheung and her collaborator, John Lis at Cornell University, isolated newly made RNA from human cells and compared the sequences to the DNA in the same cells. They discovered that RDDs are not formed when RNA polymerase creates an RNA copy of the DNA template. Instead, the changes often occur right after the synthesis, when the new RNA folds back on its DNA template, forming a DNA-RNA hybrid called an R-loop. These structures are thought to play a role in gene regulation. The group published its findings on March 13, 2014, in Cell Reports.

Now that Cheung knows when RDD formation occurs, she’s looking for the processes that form these mismatches. “The knowledge that RDDs are not as rare as previously thought tells us that genetic studies need to give RNA variation some attention,” she says. Figuring out the mechanisms behind RDD formation will further the understanding of how RNA processing contributes to genetic diversity.