A new imaging technique opens a window on the electrical bustle within the brain.

With its exquisite complexity, the brain is arguably the most challenging organ to study. Many neuroscientists are content to focus on particular areas of the brain or aspects of its function, and justifiably so. But at some point, their discoveries must be knit together to make sense of the big picture.

“We still understand very little about the brain,” says Misha Ahrens. “This is probably because all its parts interact with each other, but in most experiments, we observe only a fraction of it.” 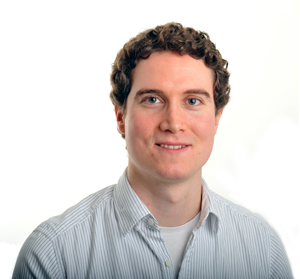 Understanding the dynamics within the brain—the interplay of electrical signaling across time and space—is essential, says Philipp Keller. “If there’s part of the system that you don’t see, you haven’t understood the system yet.”

Seeing the brain’s activity, in all its electric glory, is now possible, thanks to the two scientists, who are lab heads at HHMI’s Janelia Farm Research Campus. Keller and Ahrens developed an imaging technique to view activity across the whole brain of a live animal. Using high-speed light-sheet microscopy, they can image most of the neurons—some 80 percent—in the brain of a larval zebrafish at single-cell resolution, capturing activity across the entire brain at the remarkable rate of once every 1.3 seconds. They reported the work in the May 2013 issue of Nature Methods.

The two began working together when Ahrens joined Janelia in 2012. It was a natural partnership from the beginning: As a postdoc, Ahrens had used a slower, two-photon microscope to study behavior in the zebrafish by imaging several fish in different positions. Stitching the images together yielded a “tiled” view of the entire brain, something Ahrens calls “brain-wide imaging.” Keller brought his extensive experience using light-sheet microscopy to image the zebrafish during its early stages of development. Because the exterior of the immature, or larval, zebrafish is translucent, Keller considers it a perfect organism for these kinds of projects. 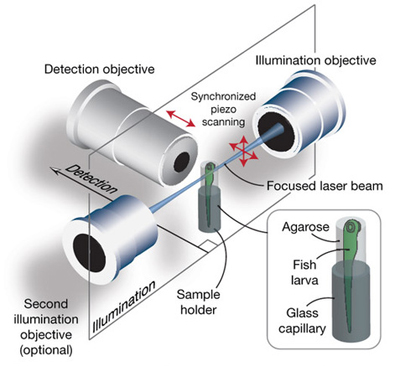 Each scientist had a keen interest in finding a way to image brain activity in a living, functioning fish. Although scientists have been recording activity in single neurons, and even small groups, for some time, recordings from larger populations could lead to understanding of how ensembles of cells process sensory input and drive motor output—a fish seeing and then escaping from a predator, for example.

They started with a basic question: What does neural activity in the brain look like when an animal isn’t really doing anything specific? The idea was to look at slow brain processes to find the anatomical structure behind them. But in the brain, even the slowest activity is beyond lightning fast.

“The microscope wasn’t set up to do this kind of high-speed imaging, so we talked about what we would need to do to get to that point,” says Keller. “The goal was to do this with cellular resolution, to see what individual cells are doing.” 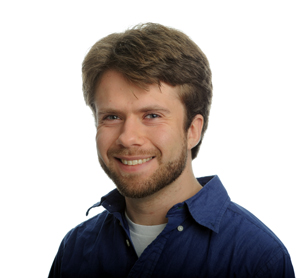 Beyond adapting the microscope, which presented its own challenges, the project also called for the expertise of others at Janelia and elsewhere. To visualize the brain’s super-speed neuronal signaling, the scientists chose a reporter molecule called GCaMP5G, a genetically encoded calcium indicator developed and optimized for neural activity in the lab of Janelia colleague Loren Looger. Collaborators at Harvard University created the transgenic zebrafish incorporating the reporter molecule.

“That’s what gave us a temporal, or timescale, target for our system,” says Keller. “If we could scan the entire brain in a second and still cover pretty much all the neurons, that would be a very good starting point.”

At the outset, Ahrens says, they weren’t sure what they’d see. Interpreting the output from the 4-dimensional scanning turned out to be a huge challenge. “That’s where we were completely oblivious,” he laughs. “We were flailing in the dark at the beginning. The ideas we had were actually quite mad.”

But after plenty of trial and error and “a lot of 14-hour days,” the picture began to take shape. By applying some analysis and sequentially zooming in on what they initially saw only roughly, they found some clear anatomical structure. “It was a subpopulation of neurons doing something very specific, in coordination with one another, sort of ‘decoupled’ from the rest of the brain,” says Ahrens. “It was very striking.”

Even though the fish was immobilized in agarose gel during the imaging, its brain was clearly working overtime, judging by footage from the microscope. Staccato pinpoints of crimson light dance across the brain’s expanse, punctuated by the occasional burst of color.

“Almost everybody asks us about the time point in the movie when there’s a flash and everything lights up: What is the fish thinking then?” says Keller. “We don’t have the answer yet, but I think that mapping a temporal and spatial structure to such events using the data sets we collect will be a really, really powerful way to answer that question in a meaningful way.”

The team already has ideas for making the microscope faster, and plans to try other marker strategies. Keller also envisions adapting the system to study how activity evolves in the nervous system as the zebrafish develops. For his part, Ahrens is building a related microscope to capture brain activity during behavior—for example, recording motor neuron activity of a zebrafish as it swims within a virtual reality environment. And both are eager to try their system on the fruit fly Drosophila because its genetics are so highly characterized. With many colleagues at Janelia studying the neurobiology of Drosophila, being able to monitor the model organism’s brain activity would be a valuable asset.

In the meantime, they and others at Janelia—including computational biologists and theorists—will be busy mining the data collected from the first experiments. “This work is becoming more and more interdisciplinary,” says Keller. “I don’t think that’s just a trend.”

With the federally backed BRAIN (Brain Research Through Advancing Innovative Neurotechnologies) Initiative, announced in April 2013 by President Barack Obama, more money is being pumped into neuroscience, and more collaborations like Keller and Ahrens’ are taking place. Among the first goals of the ambitious program is to develop the tools that scientists need to get a dynamic picture of the brain.

“The initiative is also about bringing scientists together and agreeing on important directions and concepts that need to be exploited,” says Ahrens. “My guess is that it will be an acceleration of neuroscience and of technology development, and that people will be using this kind of whole brain imaging in zebrafish going forward.”