Print
Home › HHMI Bulletin › November 2011 › Getting Back to the Bench 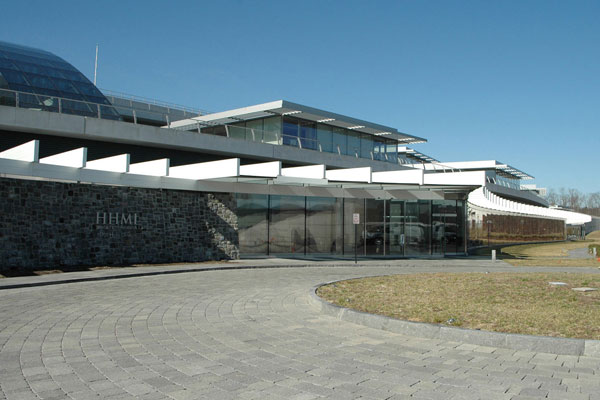 Getting Back to the Bench
by Jim Keeley

Janelia Farm offers researchers the time and resources to focus on science.

After several years as an independent researcher, David Stern says the demands of running a lab of 12 people, combined with teaching and administrative duties, simply became too much. In an effort to get back into the lab on a regular basis, last year the HHMI investigator took a “sabbatical” at his home institution, Princeton University.

During that one-year break, Stern threw himself into lab work—doing experiments and building hardware to study evolution and development of the nervous system in the fruit fly. “The most important things I realized during that time were that I missed doing research with my own hands and that my efforts in the lab could make a difference in advancing our work,” he says.

So when the opportunity presented itself to make a fresh start at HHMI’s Janelia Farm Research Campus in Ashburn, Virginia, Stern wasted no time in deciding to move south—even though that meant uprooting his family and giving up tenure at Princeton. He knew that at Janelia Farm, he’d spend less time on the administrative duties, teaching, and grant writing that had been consuming his days.

“At Janelia Farm, scientists have the time and resources to actually do their own research—not just manage it,” says executive director Gerry Rubin. “One of the problems we see in academia is that scientists are forced to become full-time managers, instead of spending their time focusing on their science. Janelia Farm offers an alternative.”

Stern and structural biologist Tamir Gonen, who was an HHMI early career scientist at the University of Washington, are Janelia Farm’s newest group leaders, along with Michael Reiser, a Janelia Farm fellow who was promoted to group leader this year. Gonen and Stern will anchor two new research programs: structural biology (with a focus on cryoelectron microscopy), and the evolution and development of the nervous system. In the past 18 months, Janelia Farm has recruited two group leaders, four fellows, and four junior fellows (see box).

Stern says Janelia Farm appeals to him because he will be able to focus on the evolution of behavior, a relatively new area of inquiry for his lab. “I started this work about three years ago when I became an HHMI investigator,” he says. “The work has been challenging and fascinating. I thought it would be wonderful if I could do this work close to other labs that are struggling with the same sort of challenges in studying behavior.”

Gonen’s decision to move to Janelia Farm was motivated by his realization that if he wanted to do his own experiments in the lab again, it was now or never. “I reached a stage where I thought, ‘Either I get back to the lab now or I will never be able to get back,’” he says. “I don’t really know yet what I’ll be doing at Janelia—and I find that exhilarating.”

Group leaders direct research groups of two to six lab members and receive an initial appointment of six years. Fellows, who receive five-year appointments, are independent researchers who lead labs with up to two additional members. Junior fellows are postdoctoral fellows who develop their own research programs and are appointed for up to three years, with a possible two-year renewal.

Rubin notes that recruitment of new scientists continues, and researchers from a variety of disciplines—including biochemists, biologists, chemists, computer scientists, engineers, mathematicians, neurobiologists, and physicists—can apply for laboratory head positions through a competition that closes December 15, 2011. Applications in the competition for junior fellow positions (an independent postdoctoral position) close December 1. More information can be found on the Janelia Farm website.