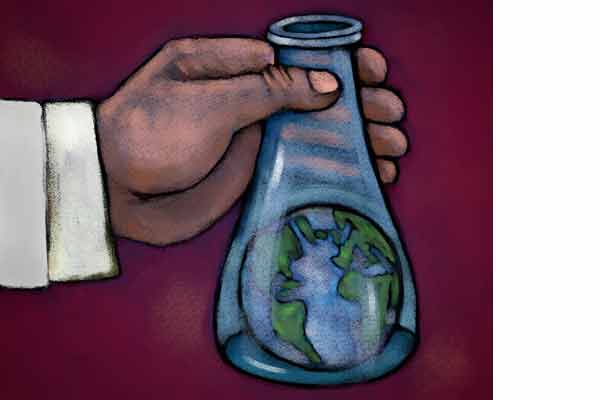 “Back in school, I always heard that if you wanted to do research you would probably have to go work in other parts of the world,” says Miguel Godinho Ferreira, a researcher at the Gulbenkian Science Institute in Portugal. “Being able to prove that advice wrong gives me enormous pleasure.”

Godinho Ferreira is one of 28 scientists from 12 countries who were selected to receive HHMI’s inaugural International Early Career Scientist (IECS) awards. “These are the people who, 10 years from now, we expect will be the scientific leaders in their countries,” says HHMI President Robert Tjian.

These researchers—who have all run their own labs for less than seven years—will be integrated into HHMI’s scientific community, attending meetings and giving talks to the Institute’s U.S.-based investigators and early career scientists.

“This program is about building connections internationally,” says Edwin W. McCleskey, a scientific officer at HHMI who helps run the IECS program. “We have chosen talented people who we feel can build connections with our scientists.”

The IECS program is the latest incarnation of HHMI’s international grants to individual researchers. When it came time to rethink those grants, Tjian and Jack E. Dixon, HHMI’s vice president and chief scientific officer, wanted to design a program that provided support for early career scientists who would benefit most from a financial boost and the connection with HHMI’s scientific community. The research arena for early career scientists can be challenging internationally. For example, funding to help new scientists start up their labs can be quite variable, and often much less money is available than in the United States.

Scientists from 18 countries were eligible to apply for the awards and HHMI received 760 applications. A rigorous peer review process narrowed the field to 55 semifinalists from 14 countries.

As part of the review process, the semifinalists gave a 15-minute scientific presentation at a symposium in November at HHMI’s Janelia Farm Research Campus, in Ashburn, Virginia.

“The major criterion was really scientific excellence: what have they accomplished in their young careers; what kind of potential did they have; could they explain their science in a clear way,” Dixon says.

Most of the awardees come from China, Portugal, and Spain, but recipients are also based in nine other countries: Argentina, Brazil, Chile, Hungary, India, Italy, Poland, South Africa, and South Korea. Nine of the 28 (32 percent) are women. Each International Early Career Scientist will receive $650,000: $100,000 a year for five years, plus a $150,000 award in the first year for major equipment purchases.

Godinho Ferreira plans to use his award to gain insights into the mechanisms that cause and direct aging—insights that might lead to solutions for age-related ailments such as cancer and cardiovascular disease.