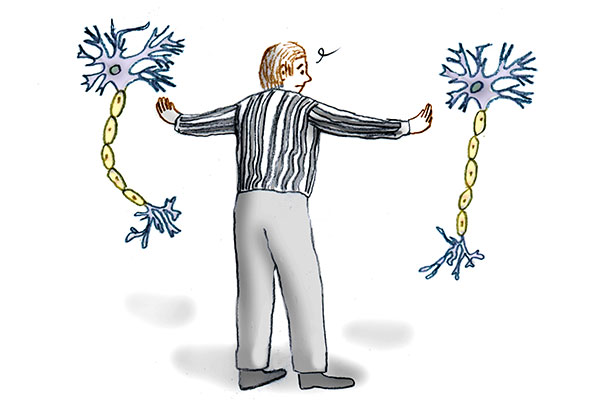 The brain holds a host of different kinds of neurons, each with its own job. Though you might think neuronal cells are highly organized, they are in fact intertwined in a colossal tangle. For scientists who want to study particular neuron types individually, teasing them apart is a major challenge.

Now, a team of researchers – led by HHMI Investigators Jeremy Nathans and Joseph Ecker, and Sean Eddy – has devised a way to study individual cell types without getting mired in the tangle. Rather than trying to separate cells of a certain type from their neighbors, they’ve developed a way to isolate their nuclei. From there, they can study the cells’ DNA, which provides information about the cells’ activity and history.

“We weren’t sure what to expect. This was an exploratory, discovery-level project,” says Ecker of the study, published June 17, 2015, in Neuron. But already, the method has revealed astonishing differences in cell types previously thought to be similar in function. “That means there’s a lot of additional information here,” says Ecker. Using the new technology, scientists will not only be able to delve even deeper into the secrets of the brain, but they might also gain greater understanding of other systems in the body as well.