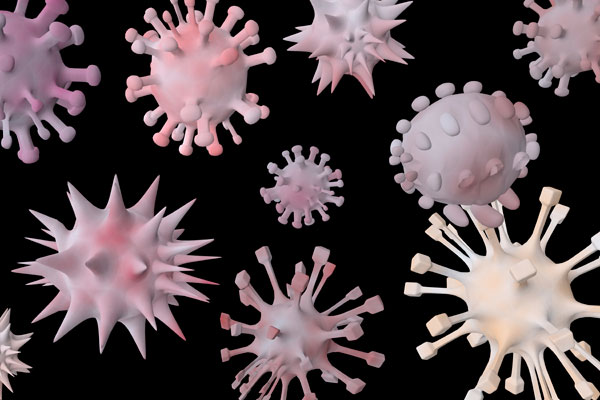 When a pathogen attacks the body, learning to live with the invader is sometimes more important than getting rid of it. A recent study by HHMI Investigator Ruslan Medzhitov, at the Yale School of Medicine, showed that without immunological tolerance, infections can turn deadly.

Tolerance complements the immune system’s fight against an infection by lessening pathogen-induced damage. To explore the balance between tolerance and immune response, Medzhitov and his colleagues infected mice with influenza virus and Legionella pneumophila, the bacterium that causes pneumonia. The mice easily fought off infections from either pathogen alone. But when combined, the pair produced deadly results. Mice that received a dose of virus and a subsequent dose of bacteria were dead within a week. The team reported June 7, 2013, in Science that expression of genes involved in tissue repair and stress response in lungs—two important features of tolerance—was diminished in coinfected mice. However, the researchers increased survival among the mice with the drug amphiregulin, a growth factor that promotes tissue cell growth.

“Something about the double infection prevented those genes from being engaged,” Medzhitov says. “Mechanistically, we don’t know what it is yet. We can imagine several scenarios, but it’s something that we will be investigating in the future.” If boosting tissue repair can improve tolerance and rescue coinfected mice, there may be promise in such an approach for patients who are particularly vulnerable to infections, such as infants and the elderly.