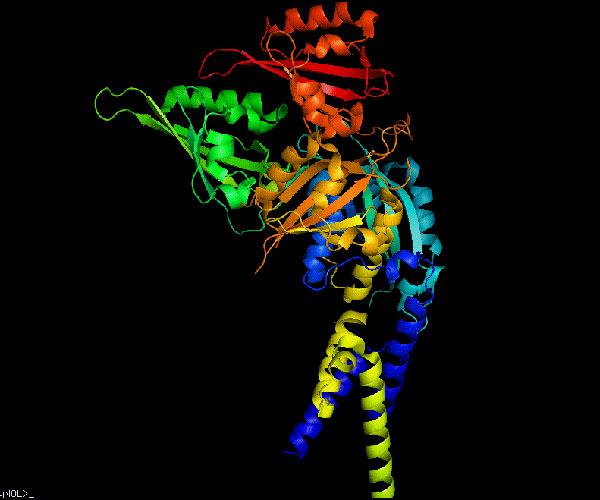 What Makes Your Clock Tick?

Two proteins, CLOCK and BMAL1, are responsible for the circadian rhythms that regulate our sleep patterns, blood pressure, and metabolism on a 24-hour schedule. Now, HHMI investigator Joseph S. Takahashi has solved the three-dimensional structure of these proteins.

CLOCK and BMAL1 are “the batteries of the biological clock,” says Takahashi, at the University of Texas Southwestern Medical Center.

Despite the proteins’ important role, scientists had been unable to resolve their structures. Since the discovery of the Clock gene in 1997, researchers had tried in vain to isolate the CLOCK and BMAL1 proteins in the crystalline form required for x-ray crystallography. Takahashi’s group succeeded by coexpressing the two proteins and then paring them down to isolate the areas that interact with each other. They discovered that CLOCK is entwined around BMAL1 and that tight interactions occur in three different regions. In one region, the proteins are interlocked, and in a second region, a single amino acid from BMAL1 fits snugly into a groove in CLOCK.

With the structure in hand, published May 31, 2012, in Science, scientists can delve into how other proteins vie for the binding spot on CLOCK, and how gene mutations of the protein-binding site alter circadian rhythms. Takahashi next hopes to solve the proteins’ full-length structures and their complexes with other CLOCK proteins.