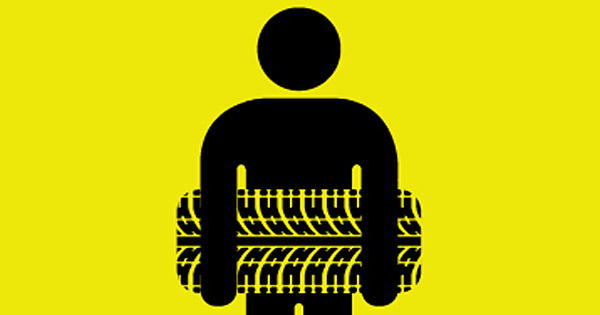 Even someone slim may be hiding signs of type 2 diabetes.

He looked the picture of health. In his early 30s, when many of his peers on the faculty at the Yale School of Medicine had put on some pounds, he had kept his weight down. But looks can be deceiving.

“I was shocked,” he recalled after learning he had fatty liver disease and insulin resistance. Left untreated, he was on a path to type 2 diabetes and other metabolic disorders with long-term and potentially lethal health effects.

The Yale scientist, who asked that his name not be used, was part of a study run by HHMI investigator Gerald I. Shulman, who wasn’t surprised at all. He’s been studying young, outwardly healthy men for nearly two decades to sleuth out the causes of diabetes in apparently fit adults.

Shulman and HHMI investigator Richard P. Lifton, also at Yale, identified a genetic variant common among a group of Asian Indian men now living in New Haven, including Shulman’s stunned Yale colleague. They were in their 20s and early 30s, had no signs of health problems, and kept themselves lean. On the inside, however, they had fatty liver disease and insulin resistance. That discovery, published in the March 25 New England Journal of Medicine, may pave the way to new treatments for type 2 diabetes for everyone.

For the past six years, Shulman has conducted a series of studies to examine how fat moves inside the body. He has shown that far more Asian Indian men have unexpectedly large pools of liver fat, a condition known as nonalcoholic fatty liver disease, and that they are markedly insulin resistant.

Standard theories have blamed increased body fat, particularly around the midsection, for causing inflammation and eventually type 2 diabetes. That theory makes rising U.S. rates of obesity the big culprit behind the huge increase seen in the disease. However, Shulman believes the root cause for insulin resistance lies in “an unbalanced shifting of fat into liver and muscle cells.” This focused accumulation of fat, he theorizes, could put even a person who is young and lean on the path to type 2 diabetes. Over the years, his team mapped out a likely metabolic pathway that pushes fat to build up in liver and muscle cells. It was time to look for a genetic factor behind the process.

For the past six years, Shulman has conducted a series of studies to examine how fat moves inside the body.

Shulman went upstairs from his lab to the Yale Center for Human Genetics and Genomics, which Lifton heads. He asked Lifton to study the genotypes of a group of 95 healthy and normal weight Asian Indian men in their 20s and early 30s, looking for one or both variants in a gene encoding apolipoprotein C3 (APOC3). The variants are associated with poor metabolism of triglycerides. When the body does not store or properly excrete this type of fat, according to Shulman’s theories, the fat can build up in the bloodstream and from there saturate vulnerable muscle and liver cells with insidious effects.

Shulman and Lifton’s team found that 76 of the 95 men in the study had one or both of the APOC3 variants. Almost 40 percent who had variants had fatty liver disease as measured by an imaging technology called proton magnetic resonance spectroscopy that allows scientists to assess the amount of fat in the liver. Furthermore, the individuals with fatty liver disease were markedly insulin resistant. In contrast, men without the gene variants did not show abnormal liver fat deposits or evidence of mounting insulin resistance.

The investigators then compared their findings with a group of 163 similar men, who were not Asian Indian. Far fewer had the APOC3 variants, but those who did were much more likely to have fatty liver disease and insulin resistance, confirming that the variants contributed to the high rates of disease.

The study is the first to identify a common genetic factor that predisposes normal weight men to develop fatty liver disease associated with insulin resistance. That finding lends credence to Shulman’s belief that it is not just the amount of fat that causes insulin resistance but where the fat accumulates in the body. It also indicates that India, which is experiencing skyrocketing rates of diabetes, may face major public health problems as its growing economy leads people to consume a more Western-style diet. From here, Shulman hopes to pinpoint what specific genetic mechanism leads those with the APOC3 variants to develop fatty liver disease.

“One could think about screening for the gene variants, and then if someone has the predisposition, checking for fatty liver disease,” Shulman says. “At that point, a person could either lose weight, or perhaps we can think about coming up with new ways to regulate the gene variants’ expression back to normal.”

To test the more immediate fix—weight loss—Shulman’s team put a subgroup of subjects with fatty liver disease on a diet. Among them was Shulman’s Yale colleague, who managed to lose what he terms “a modest amount of weight.” The result, he says, eliminated his fatty liver disease and insulin resistance. “I hope I’ve staved off diabetes,” says the young Yale professor. Now he knows he more than looks fit; he’s healthy.