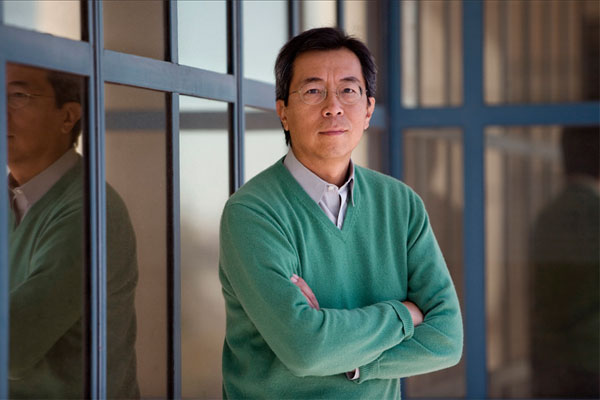 Hanna Holborn Gray thinks deeply about learning, scholarship, and the role of the university in sustaining the cultural and intellectual vitality of our nation and an increasingly global society. Indeed, many American institutions of higher learning—colleges and universities alike—will long bear the imprint of her incisive intelligence and vision.

As an historian and academic leader, she has an uncommon ability to balance the imperatives of the present with an unwavering commitment to the highest standards of scholarly inquiry.

Over the past 26 years, few organizations have benefited more from Hanna Gray’s insight than the Howard Hughes Medical Institute. Her association began in 1984. Then president of the University of Chicago, she was asked by the Delaware Court of Chancery to join with seven other leaders from business and academe to rebuild the Institute after its founder’s death. The Charter Trustees—as they have come to be known—were appointed for life and, under the leadership of the late Irving Shapiro, worked with diligence and collegiality to resolve the myriad financial, legal, administrative, and programmatic challenges that faced the Institute in those early, fragile days.

It came as a surprise to no one—except, perhaps, Hanna Gray herself—that Irving Shapiro and her colleagues elected her Trustee chair in 1997. In that capacity, she has served as a guide and mentor to her fellow Trustees as well as to three successive HHMI presidents. Purnell W. Choppin, Thomas R. Cech, and I have each relied on her, recognizing that her effectiveness stemmed equally from the quality of her judgment and the depth of her abiding affection for the Institute.

Thanks in no small measure to Hanna Gray’s leadership, HHMI remains a distinctive organization, one that resists easy categorization.

Hanna Gray decided some time ago to step away from her role as Trustee chair, a decision that became effective in May 2010 with the election of her successor, Kurt Schmoke, currently dean of the Howard University Law School. She will remain an active and engaged part of our life as a Trustee, but this transition gives me a welcome opportunity to reflect publicly on her many contributions to the Institute.

Working in tandem with Institute leadership, the Trustees have set the Institute on a trajectory of steady growth and considered innovation: the expansion of the Investigator program beyond a handful of institutions, the development of a grants program aimed at cultivating new generations of scientific leadership, support for international scientists, the development of the Janelia Farm Research Campus as HHMI’s first independent campus, and now the KwaZulu-Natal Research Institute for Tuberculosis and HIV in Durban, South Africa. In each of these activities—and many others—Hanna Gray played an essential role as sounding board, thoughtful critic, consensus builder.

Thanks in no small measure to Hanna Gray’s leadership, HHMI remains a distinctive organization, one that resists easy categorization: as a medical research organization, we are neither a university nor a foundation but display features of each in the way we carry out our biomedical research mission. Our scientists comprise a community of contemporary scholars dispersed among more than five dozen universities, research institutes, and medical schools around the country and are known for the quality of their thought. But “tenure” with the Institute is conditional: we set a stringent standard for quality balanced by a willingness to invest in the most talented for the long term.

Indeed, Hanna Gray has been unbending in the defense of the intellectual and scientific integrity at the heart of the Institute’s work: the searching out of new knowledge for the benefit of humanity within a structure that permits scientists the freedom and flexibility to engage in wide-ranging inquiry over the long term. Her vaunting ambition on behalf of our mission and place in the world of science echoes the challenge that she issued to the University of Chicago at her inauguration as its 10th president: “The greatest danger, large because also least tangible and most wasting, would be to engage in an apparently principled descent to decent mediocrity.”

And decent mediocrity will not do. Not for Hanna Gray and not for HHMI. So it’s fitting that our Trustee Boardroom has now been named in honor of Hanna Gray and in recognition of that stalwart group of Charter Trustees.