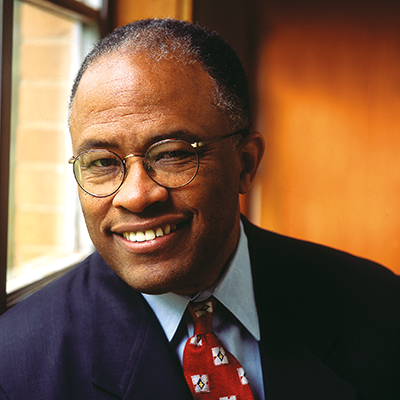 Kurt L. Schmoke, an attorney, has dedicated much of his life to public service at all levels of government, including three terms as mayor of Baltimore, MD, from 1987-1999. A 1971 graduate of Yale University, he attended Oxford University as a Rhodes Scholar and received his JD in 1976 from Harvard Law School. After a year in private practice, he joined President Jimmy Carter’s White House domestic policy staff in 1977 and then returned to his native city of Baltimore to become an assistant U.S. Attorney in 1978.

Kurt Schmoke was elected State’s Attorney for Baltimore City in 1982 and served until 1987. Schmoke held multiple positions at Howard University from 2003-2012, including dean of the School of Law, general counsel, and interim provost. He was appointed as the University of Baltimore’s eighth president in July 2014.

Schmoke was elected a trustee of the Howard Hughes Medical Institute in 2005 and served as Chair from 2010 to 2020.