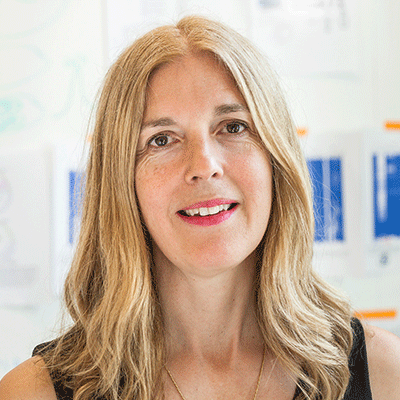 Vosshall has been an HHMI Investigator since 2008 and is a leader in the field of molecular neurobiology, with particular emphasis on the sense of smell and how it guides complex behavior. Vosshall and her team have done groundbreaking work, establishing the Aedes aegypti mosquito as a genetic model organism for neurobiology, resequencing and editing the species’ genome, investigating how mosquitoes hunt their human hosts, and designing small molecules to block mosquito biting behavior. Vosshall’s research holds promise for combating the spread of yellow fever, dengue, Zika, and other emerging viruses transmitted by female mosquitoes.

Vosshall joined the faculty of The Rockefeller University in 2000, following postdoctoral work at Columbia University in the laboratory of HHMI Investigator and Nobel laureate Richard Axel. She currently serves as Robin Chemers Neustein Professor and head of the Laboratory of Neurogenetics and Behavior at Rockefeller. Vosshall directed Rockefeller’s Kavli Neural Systems Institute from 2016 to 2021. She will maintain her research laboratory while serving as HHMI’s vice president and chief scientific officer.

Vosshall earned an AB in biochemistry from Columbia and a PhD in molecular genetics at Rockefeller. She is a member of the National Academy of Sciences, the National Academy of Medicine, an elected fellow of the American Association for the Advancement of Science, and the recipient of many other awards recognizing the impact of her science and leadership. Vosshall is an advocate for open science and a proponent of open access in scientific publishing, including the use of preprints to disseminate new discoveries, and serves on the board of the preprint server bioRxiv.