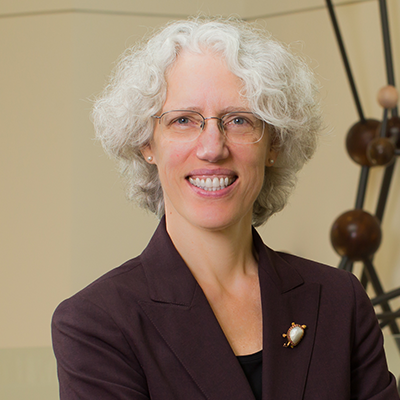 As vice president and general counsel of HHMI, Henning is responsible for managing the Institute’s legal affairs in support of HHMI’s mission. She and her team attend to all legal matters related to HHMI’s governance, scientific endeavors, science education activities, operations, and investments, with the goal of advancing HHMI’s mission, programs, and operations by providing thoughtful, practical, and creative advice and counsel.

Henning joined HHMI in 1993 as an associate general counsel. She was promoted to the position of deputy general counsel in 2006, then to vice president and general counsel in 2013. She has also served as corporate secretary of HHMI since 2013. Prior to joining HHMI, Henning worked in the Office of Tax Legislative Counsel, Office of Tax Policy, US Department of the Treasury. Before that, she worked as an associate at the law firm of Dechert, Price & Rhoads in Philadelphia, Pennsylvania, after a clerkship with Judge Walter K. Stapleton, Federal Court of Appeals for the Third Circuit.

Henning is a graduate of the Yale University School of Law and received a bachelor’s degree from Tufts University.