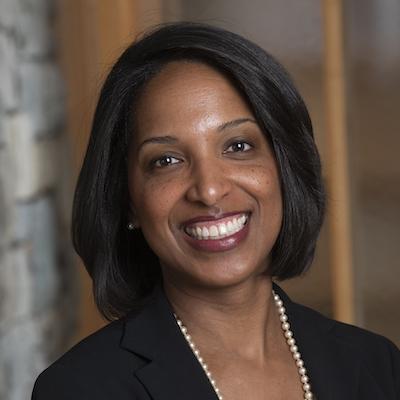 Erin Jones became HHMI’s chief of staff in September 2018. She previously served as an associate general counsel in the Office of the General Counsel.

As chief of staff, Jones serves as a strategic advisor to HHMI President Erin O’Shea and a key partner for program and operations leaders. In addition, Jones is responsible for developing the Institute’s diversity, equity, and inclusion strategic priority.

Jones joined HHMI in October 2014 as associate general counsel. In that capacity, she worked with HHMI programs and Office of the General Counsel attorneys to advance the Institute’s mission, strategic priorities, programmatic objectives, and operational goals. In particular, she collaborated closely with HHMI’s Science and Science Education programs.

Prior to joining HHMI, Jones served for five years as an associate general counsel at the American Red Cross, where she spearheaded collaborations with companies and nonprofits to deliver compelling services, content, and products to the general public. She has also worked as an associate in the corporate and securities group of Washington, DC-based law firm Arnold & Porter LLP.

Jones earned her JD from Harvard Law School and BA in political science from the University of North Carolina at Chapel Hill.